Live images of the Asus ROG Phone 2 arriving on July 23 have surfaced.

The photos show the front side of the phone which looks similar to the original ROG Phone - stereo speakers flanking the 120Hz display. There's also a selfie camera above the screen in the upper-right corner, but its resolution is currently unknown. 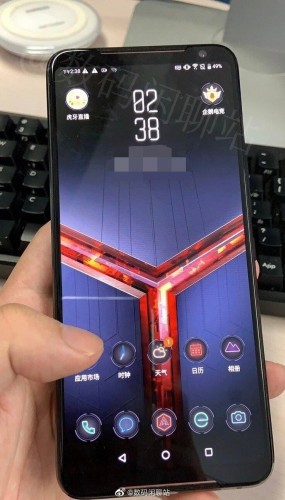 One of the images also reveals that you will be able to reduce the refresh rate of the phone's screen from 120Hz to 90Hz and 60Hz. 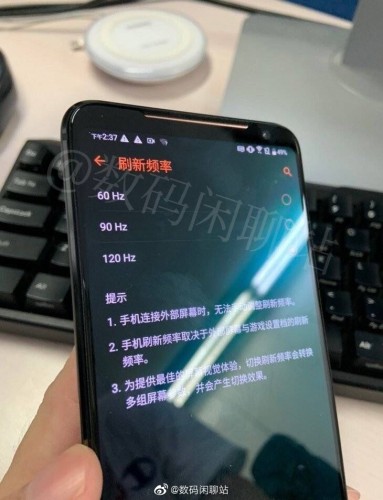 The unveiling is exactly a week away from now, but we are likely to hear more about the gaming smartphone until then.

it does, but there is not much difference with heavy gaming between my razer phone 2 and my brother's rog phone- i get an average of 4.5 hours while my brother gets 4.8 hours of screen on time with heavy gaming, and these both have 4000mAh batteries....

lol even I don't know nothing yet about this phone i already know whats gonna happen...it just happened to be i know how this world's works boy...