AnTuTu is the most popular benchmark in China that calculates the synthetic performance of the CPU, GPU, memory and user interface. Today it published its monthly Top 10 chart for flagships and midrangers.

The best performing flagship is the Asus ROG Phone II with 12 GB RAM and 512 gigs of storage, while the top midranger is the Xiaomi Redmi Note 8 Pro with an Helio G90T chipset. 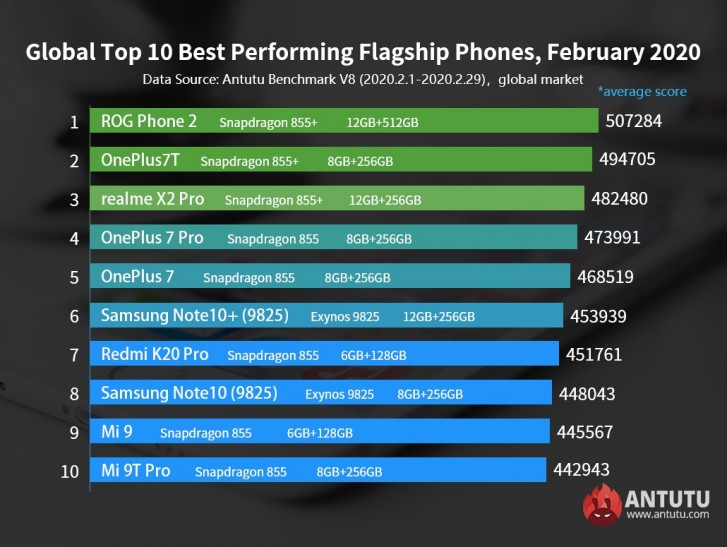 The platform revealed that because of the impressive hardware and software, Asus’ gaming device retained the top spot. However, there aren’t any Snapdragon 865 smartphones - AnTuTu said there isn’t enough data for the new smartphones, so we should expect to see changes next month with some new players from Xiaomi, Oppo, Realme, nubia, Samsung, etc. 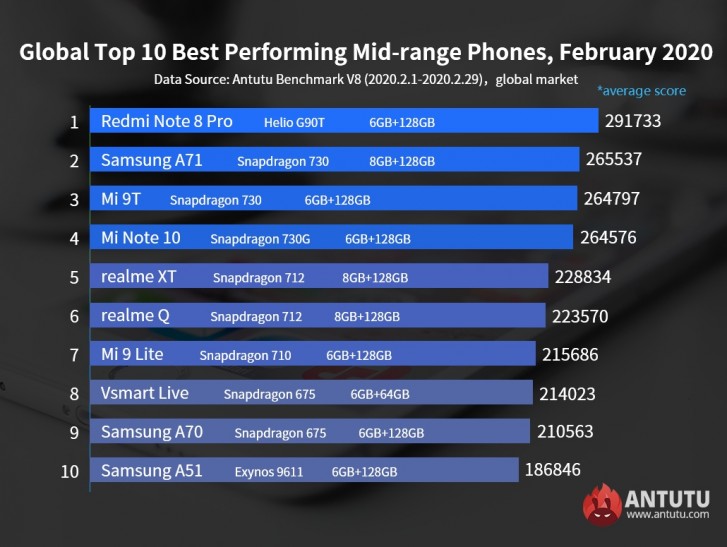 The score of the Redmi Note 8 Pro remained unchanged during the past four weeks. It is followed by the Galaxy A71 with Snapdragon 730 which yields the best result for CPU among midrangers.

I got this phone for like a month now and it really is a very good phone. This is in everything. The main camera is very good, the other ones are decent. It's performance is very good. I have nothing to say about this phone, except good things. I can...

I have my brand new Xiaomi Redmi Note 8 Pro from 1 day, it's the Best smartphone in his segment and it's a leader, a Big Boss

It's just a number and it's soon to follow anyway. But it's hardware and pricing can barely be matched. And the software is still great. And even though they are a bit late regardless there are a number of specific hardware and features they have to ...