Its a gaming phone. Bought it to pkay games especially pubg. But unfortunately lag and delay while playing pubg. I have super fast internet with 800mbps internet speed. So upset with it, i go for rog3. Guess what? The same problem occur. Store my rog3 and using ip 11 pro max. And then rog 5 came out. Guess again. It still got the same delay issue during short range combat. It lag and delay. I dont know what is the problem. I did tested realme gt with same chipset sd888. Smoother game play? Am i the only one facing this issue? For other game is okey eccept pubg. Want to ask,are rog phone not suit to play pubg? Codm and apex legend is smooth but not pubg? Weird right? Or i should root the phone? Any advice how to deal with the delay/lag in pubg us8ng rog phones?

Vic, 26 Jul 2021All ROG phones have the same problem, freeze crash , what a shame on this gaming phoneNot all. My ROG Phone II still going strong even to this day.

Anonymous, 11 Jul 2021ROG Phone 5 UltimateAll ROG phones have the same problem, freeze crash , what a shame on this gaming phone

disappointed owner, 29 May 2021better buy gaming phone with active cooling. my deceased rog 2 processor burned while watching... morehi which one is better ? ROG 3 or II

zzz, 10 Mar 2021hello guys. just wanna know if what variant of the rog phone 2 has some problems? is it the 8/... morebetter buy gaming phone with active cooling. my deceased rog 2 processor burned while watching a video(netflix ofc) hard reset and died. cannot start until now. just 1.5 years full blast gaming during lockdown(not charging while gaming habits) not a worth buying eventhough its by asus, leader in gaming. if Asus not improve its heat dissipation problem, this will be my last ROG product. rog 5 still using vapour chambers cooling, no improvement on that.

Got this phone for about 15-16 months.
In the beginning it was great. The battery still is amazing.

However, I got immense screen burn-in. Mainly from the always-on display, since the clock always starts at the same position and works its way downwards until the middle of the screen. Then it jumps back to the original position. So, it only moves a tiny bit overall.
All icons are burned in as well, even tho I don't use the phone that much at all.
The bottom charging port doesn't work at all anymore. I can only use the side one, which feels like it won't hold for that long anymore neither.

The camera isn't good and never was. It's the biggest let down of the device.

Compare this with the bad ASUS customer service (NL) I encountered upon ordering, made this purchase a nightmare and I would not recommend you to buy this phone or any of the ones that came afterwards.

It's quite a shame, since I somehow really like the phone...

Phone is perfect, none of the problems others report. 12gb ram, 512gb storage version.

Yirenn, 07 Apr 2021i don't think there are any problem for ROG 2Yes it over heats and randomly shut down

Guzzi, 11 Mar 2021We are satisfied with the specs except not sure if it supports 5g???of course, it doesn't support 5G
ROG phone 3 and above support 5G

GrahamD, 07 Mar 2021Love my ROG Phone II. The last update was December 2020 though. Hope to see a new update appea... moreHow is the phone after the December update. Also I think a new firmware update is out

We are satisfied with the specs except not sure if it supports 5g???

Love my ROG Phone II. The last update was December 2020 though. Hope to see a new update appear soon.

Rog 2 is a beast and overpowered phone! 🔥 But this much power can make your device overheat...your ram ic might damaged bcoz of this🔥🔥

Richarde008, 13 Feb 2021Hello guys, I have a question between which phone to pick, the Rog Phone II 128/6 or the MI 10... moreI think you should not go for both.
Beacuse rog 2 is now old and these type of phones are terrible with updates and without updates your phone might feel outdated.
Rog 2 takes atleast 2 hours for charging (18W)
It is very thick and heavy
Camers are worst in that price range
User interface is not that snappy.
You tube is very manipulative and never purchase a phone based on you Tubers recommendation.
Also when you ask any rog user ,then he might say that his phone is a beast but he might have never used an actual beast and based on you Tubers review , he's considering his rog a beast.
I have used rog2 and OnePlus7t and for me OnePlus7t offer's better gameplay and better battery experience.(32min charge gives 80% and that 80% gives 4 hours pubg.)(whereas in rog2 32min charge gives 27% and that27% gives 1.5 hours of gameplay).you cannot use charging while playing everywhere.


Also mi 10t is not good ,I can never spend 30k on a Xiaomi smartphone.

You should wait for OnePlus9 lite.
Or mi 10 t is better than rog2 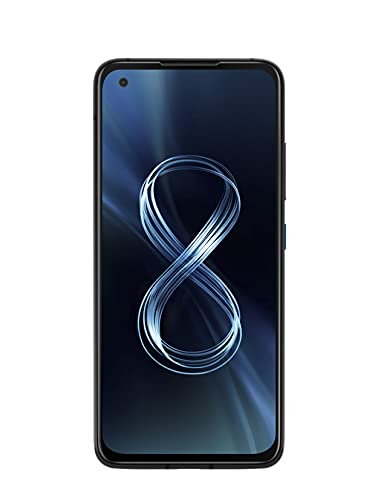