Asus ZenFone 2 Deluxe was announced back in September and it caught our attention at IFA in Berlin. The ZenFone 2 Deluxe is a very powerful smartphone with a 5.5" 1080p IPS display and Intel Atom Z3580 chipset. The Intel's chip employs a 64-bit 2.3GHz quad-core processor, PowerVR G6430 GPU and 4 gigs of RAM.

Asus launched the ZenFone 2 Deluxe in September for $299 for the 64GB model.

As of today you can buy the bigger 128GB model for $399, under the name of ZenFone 2 Deluxe Special Edition. In addition to the doubled storage, for the extra $100 you will be also getting two exclusive rear panels for the device.

The first bundled panel one offers a carbon-fiber texture, while the second cover features the original premium-crafted polygonal design. Unlike the regular Deluxe version, this cover is done in chromium silver. 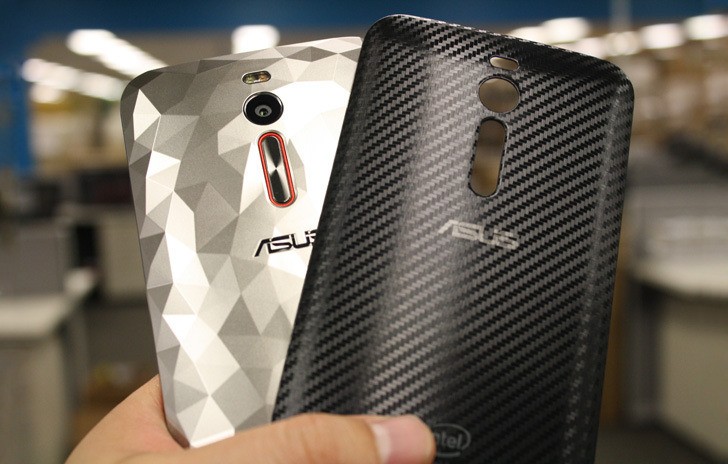 You can order this edition via Amazon, Newegg, B&H and Asus USA. Note that you should probably use the ZE551ML as a keyword, because Asus isn't that good in naming its smartphones and the retailers are messing up the models even more.

When & Where? iam in the Philippines now and am looking everywhere for the NEW 128g internal + 128g Micro sd capable ZE551ML DELUXE Special Edition. help