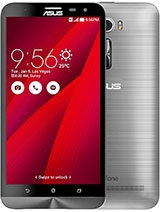 rondroidG3, 23 Dec 2015battery is rated at only 3000mah. should have been more. They had to use lithium-polymer batteries to cram as much battery as they could into these thin phones so I don't imagine they could put any bigger of a battery in there. Still it can last days running idle so its big enough if you ask me.

I like this phone. It is fast and not hot. What I find annoying are the touch keys (back, home and windows) are not illuminated. That makes using at night difficult. Is a way around this issue?

Anonymous, 27 Dec 2015Is it sure that it supports Quickcharge? It seems to be disabled according to some early rev... moreIt do suppports quick charge

Go for this gem of a phone, if you want good display, sophisticated Zen UI Features, perfect crisp pictures, best battery life, i dont have any flaw noticed till date, i hope you will also not noticed the same, I love you ASUS

Arnold, 30 Dec 2015I have a problem, i made a update that asus sent me about the camera, but now the phone doesnt... moreWe have the same problem. It's probably just a bug. It should be gone by the next software update. All others are good.

Everything is very good with this phone but I have a problem, i made a update that asus sent me about the camera, but now the phone doesnt charge till 100% ,, it just goes 99% and doesnt reach 100% and dont know why, do you have any idea or advice ?

mecha, 26 Dec 2015i switched from samsung galaxy note 3 mobile. initially i made a aggressive study, asked users... moreI have a problem, i made a update that asus sent me about the camera, but now the phone doesnt charge till 100% ,, it just goes 99% and doesnt reach 100% and dont know why, do you have any idea or advice ?

mecha, 26 Dec 2015i switched from samsung galaxy note 3 mobile. initially i made a aggressive study, asked users... moreAgree with u.. this phone really awesome!

does it really have dual speakers? is it good? how was it, dolby or hifi? im considering this my next phone if audio is good. pls comment.

I already got this phone and its good. Even thought its only 3000mah its can last up until 5-6 hours of heavy usage and the processor is good to its not lag but its heating fast. All is good except of the heating of the camera part on the back. The speakers too is loud and its good

when i make a call, the sceern turns off. i cannot see anymore the key functions.
what should i do.

Is it sure that it supports Quickcharge? It seems to be disabled according to some early reviews, cant get info even in Zentalk forums.

Mykee, 14 Dec 2015I bought this last week but really dissappinted with battery life. If you play games during yo... moreIdle time and you're asking for a whole day of game and surf? Lol

anonymous, 21 Dec 2015does this phone support quick charge? even though the charger that is included in the package ... moreYes

Anonymous, 05 Dec 2015This is a superb smartphone at a very reasonable cost. The quality of the screen display is b... moreThis review isn't a genuine one for sure people!

i switched from samsung galaxy note 3 mobile. initially i made a aggressive study, asked users & read views of various other phones which had similar spec criteria.

after placing my order i worried whether this phone might have some disappointing flaws or malfunction as it was supposedly new release.

however after my 13 days of vigorous usage as i used my phone whole day, always on wifi, played heavy games like batman, coc, fifa 15, asphalt racer, downloaded and watched many hq videos and installed a lot of apps.

i must say that the phone works perfectly

and pros till now:

~ the phone hasn't hanged even once!!

~ phone doesn't get that heated..(heating is not at all an issue)

~front camera & rear camera is good with many features, however after automatically updating the asus software its now giving much clearer shots. the pics shot with it is very sharp and clear also gives a good digital zooming.

~i bought silver colour phone and it looks stylish and good elegance, handling is very comfortable, however people with small palms may find it difficult to use as its 6 inch

~its 6'' but its slimness and edge structure adds to comfort in handling. its not at all heavy

~gorilla glass 4 rocks...i tried to scratch it with chains and a small stone yet the screen is clear

~the back cover of phone is scratch resistant with gripped surface

~the screen is very bright and is very reflective

~ ram: even after heavy usage and installing a lot of apps , i still get around 1.4 gb free always after clearing

~ charging: if you use the original charger that comes along in the box. it takes around 1 hr 25 mins to get full charge from dry stater. furthermore, it just takes around 20 mins to charge from 35% to 70%... but when i tried charging with other chargers it tool around 2&1/2 hrs

~the battery back up is fine it easily lasts for more than a full day with wifi & network on and with normal usage like using calls, gallery, music ,maps and browsing ....however if you activate power saving mode it lasts the second day too

~asus comes it its own speed booster and junk cleaner so no need to install separate apps like du speed booster, etc

~gallery has its own lock and calls recording option is also there. the recordings are crisp and clear

the con:
in its music player it doesn't have a set of predefined presets&effects like (jazz, pop, hall, concert, cafe)....they primarily have bass and treble settings, although you can create your own personalized preset

Is this already availabe in the philippines, to be more specific in Sm north edsa. Im looking for the full hd version of this phone and not the 720p resolution, if you know where can i buy this im glad to read all your comments. Thank you in advance