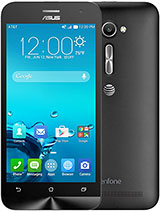 I unlocked the phone but I can't use my data with a sim that isn't a AT&T, any suggestions?

AnonD-407852, 25 Jul 2015Is this locked to ATT? Can it be used on T-mobile network?I unlocked the phone, and I can make calls and receive calls but I can't use my data

I have had this phone about 2 months. Had nothing but trouble with it. It just shuts off about every 1 1/2 to 2 hrs an rebots itself. Or just shuts off and doesn't come back on. They wont do anything about it unless u have ur receipt. Just throwed mine away.

Is there a top scroll bar for this phone?

I've had this phone 8 months and when I got it via bestbuy it was $149. This is beyond the worst phone I've ever had. Its so bad now its being sold for $47. It has software crashes all day long, nothing works with anything else. The camera is really crappy and the battery drains as soon as you light up the screen. It lags terribly and outright freezes all the time. I would only recommend to my worst enemy.

Yup, the phone is incredibly slow especially considering it is a quad CPU. My Lumina 635 was much faster and Windows mobile is far superior to Android or IOS. Too bad very few people found that out. Anyway, I cannot find any 'developer options' even searching the settings. If I didn't have to have an Android phone to drive for Huber I would not have switched. Onward through the fog!

This is the worst f*cking phone I've ever owned.

It's fast and usable enough, as long as I'm doing something like Pandora or Netflix. But I didn't buy this as a media player.

I have had the 'Phone' app crash on me several times while making calls. I often have enough time to have complete conversations between "asking phone to do something" and the phone actually doing it.

Overall. pretty good phone. Sometimes it freezes. But it is only $48 on best Buy. Worth it

Thed best phone I ever had great

If I'm on the phone with someone and another caller is calling... How do I merge in the new caller

Since this phone has GPS, if I take a pic with it, will I be able to view the GPS coordinates of the location that the pic was taken? If so, how? I've been sent a pic taken with this phone and the GPS coordinates were not visible in the EXIF, so there must be a special trick involved in viewing this data that's embedded in an image.

nrb12213, 07 Jan 2016Do you have issues with the Asus zenfone 2e being slow at times or really laggy? If so how did... moreTry turning the animation off. It's in settings under developer options. It should speed it up some.

Rick, 28 Dec 2015I'v had this phone for 4 months. It works great. Using Wi-Fi and the Google search speaker, I ... moreDo you have issues with the Asus zenfone 2e being slow at times or really laggy? If so how did you resolve the issue?

I'v had this phone for 4 months. It works great. Using Wi-Fi and the Google search speaker, I ask a question and I get a voice giving me the answer in about 1 to 2 seconds with a list of links too. Getting around the internet is quick too. It's android lolly-pop, you set it up with the apps you like. Asus has there apps which are nice (but don't have to use). The phone works great and the speaker is loud. My daughter has had many smart-phones. She has been using the Samsung Note 4 for a while now. She saw my phone and played around with it and was impressed with it. My grandson likes my phone too. He has an iPhone. I dropped my first one (zenphone 2e) on the asphalt, the glass broke, so I bought another one and this time bought a protective case for it. With normal use, On stand-by, I charge my phone every 3 days, but using wifi every 1 to 2 days (turning wifi off after use). The camera works great. It has a flash-light app that uses the flash. It's very bright. I have nothing negative to say about this phone. I have had Samsung, Sony, and Black-Berry phones. I would recommend the Asus Zenfone 2E to a friend.

i,ve been having this phone for about 5 months now. i would say in one word it sucks! too slow, full of lag and software crash... i would recommend everyone who consider this phone, to spend a little bit more and get something better!

Is this available in Philippines?

AnonD-471200, 27 Nov 2015Wow, I actually came from the Nokia Lumia 635 as well. I had it running Windows 10 and loved i... moreThanks!, I've never ran into someone with my exact situation. I actually updated my Lumia 635 to windows 10 preview and I slowly realized it was a mistake... Things just stopped working...what I really want from this phone is the big screen and the ability to complete competent tasks. Thanks again.