What constitutes a high-end phone tailored for power users and, ideally, one that's also affordable? Asus is keen to show us with the Zenfone 6 and it doesn't hurt that after all the practical considerations the phone ended up having a super-cool rotating camera.

It's a dual camera assembly mounted on a motorized rig that flips 180 degrees to take selfies - Asus has unimaginatively dubbed it Flip Camera. The actual modules are a Quad Bayer 48MP primary one and a 13MP ultra wide - so no telephoto. But on the flip (ahem...) side you'd be getting primary-camera-grade selfies, ultra wide ones too, plus some of the highest quality selfie videos on the market.

The display appears to be the sole compromise in the specsheet - in a segment dominated by OLEDs, the Zenfone 6 comes with an LCD. LCDs aren't inherently bad, however, and we'll see how this one performs. 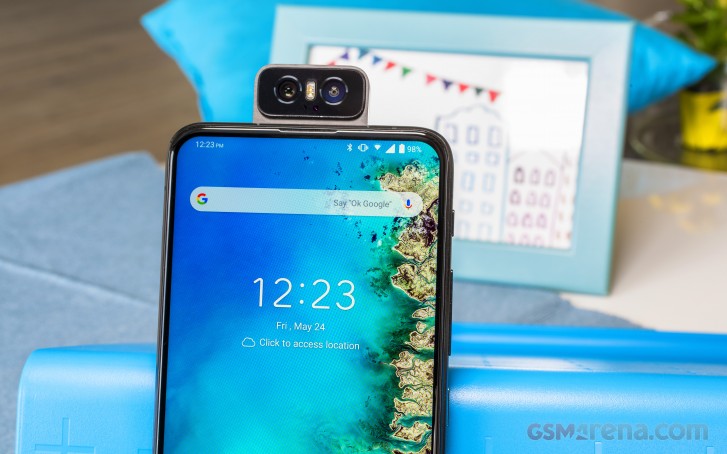 Performance is key for power users, so there's the Snapdragon 855 in charge of things. Those folks also have large collections of whatever, so Asus made sure to include a dedicated microSD slot. And since they're constantly on their phones, the 6 has one of the biggest batteries around at 5,000mAh.

There are certain things you won't find on the Zenfone 6 for one reason or another. Wireless charging, for example, would have pushed an already less than svelte phone into 'too thick' territory, while a proprietary super-fast charging tech like Oppo's or Huawei's would have meant a smaller battery or, again, an increase in thickness. And then, the lack of an IP rating is hardly a surprise given the moving bits, but then even the entirely static and more expensive OnePlus 7 Pro isn't officially IP-rated either.

Admittedly this next one is the definition of nitpicking, but wouldn't it have been great if the Zenfone 6 had an infrared emitter? Some power users can surely come up with uses for that.

The Zenfone 6 ships in a large black box with a glowing outline of the phone on top with a large '6' inside it. Asus has also stamped the 'Flip Camera' logo on one of the sides in addition to the brand logo and the 'Zenfone 6' inscriptions. 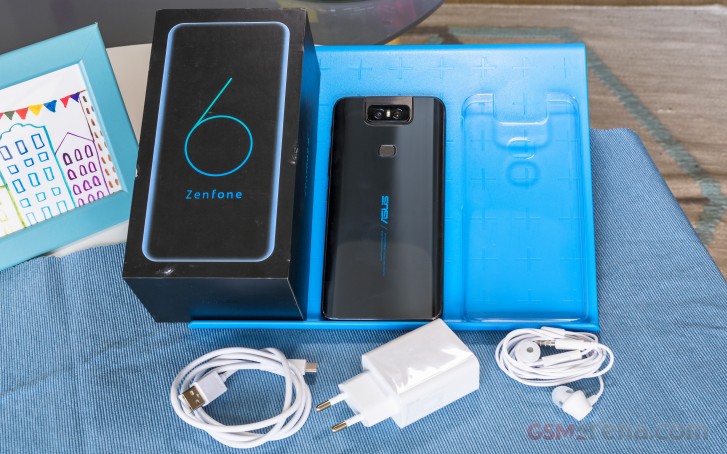 After you remove the lid, you're greeted by a gray cardboard sleeve with another instance of the 'Flip Camera' logo. Inside the sleeve you'll find a clear hard plastic bumper case with just the right cutouts to allow the camera to rotate freely.

The phone itself is underneath and after dispensing with another layer of cardboard you reveal the accessories. You'd be getting a QuickCharge 4 adapter, quite a chunky unit, rated at 9V/2A and 5V/2A. It's got a USB-A out and there's a USB-A-to-C cable to go with it. Additionally, Asus bundles a set of in-ear headphones and a handful of different tips.

anyone know if this device will be available in south africa?