Asus' pursuit for the ultimate power user phone started with settling on a screen size, or more specifically screen width. That's how the Zenfone 6 ended up with a 6.4-inch display in a 19.5:9 aspect - it provides a lot of screen estate without being too unwieldy. 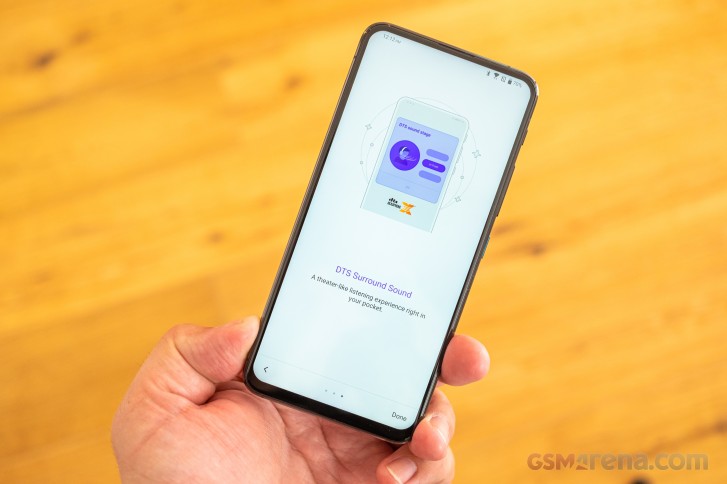 We can confirm that the handset is comfortable to hold despite the not insignificant 190g weight. Which brings us to another bullet on the list of priorities and that's battery life - the Zenfone's heft is easily explained by the 5,000mAh power pack inside. Asus opted for a curved back which does help the phone feel thinner than it is. 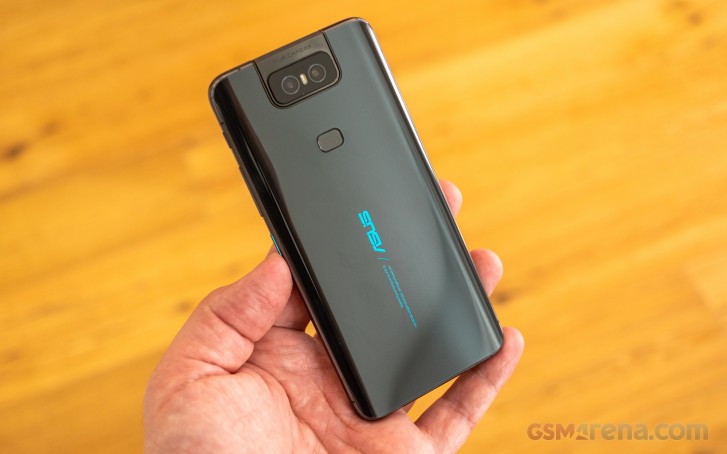 However, there was no room for a wireless charging coil or a super fast charging tech. Asus says that both induction charging and 27-30W fast charging is detrimental to battery life in the long run. Whether that's just them justifying the tradeoffs they made or not, the end result is Qualcomm QuickCharge 4.0. And the good thing is Asus also bundles such an adapter in the box. A 30-minute stint got us to 35% from flat, which is decent considering the monster capacity. 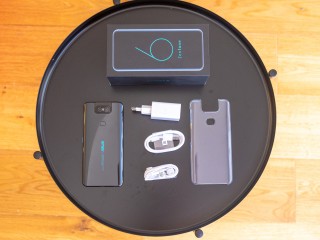 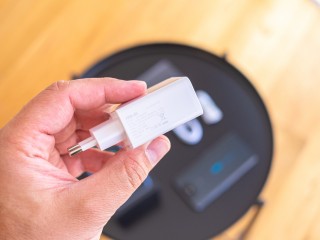 You've probably noticed the fingerprint reader on the back - it's a conventional capacitive solution as opposed to the trendy under-display sensor of the day. You see, those only work with OLED displays, and an OLED display would have driven the price up beyond what they were going for. The 6.4-inch screen of the Zenfone 6 is an IPS LCD of 1080x2340px resolution, so nothing too flashy. Judging by our initial experience with it, it's a high quality panel and we had no issues with it walking around sunny Valencia taking photos and whatnot. 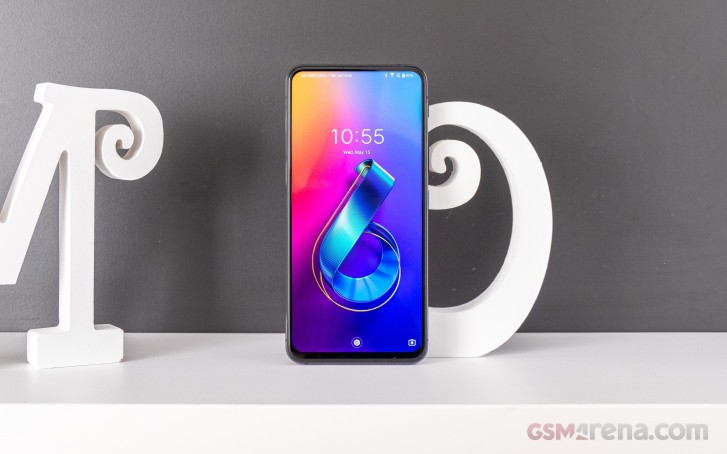 It's also a bezelless display, to the extent that there are mininal bezels on the sides and top, and only a slightly more prominent chin. There are no notches or punch holes - that's where the rotating camera comes into play. 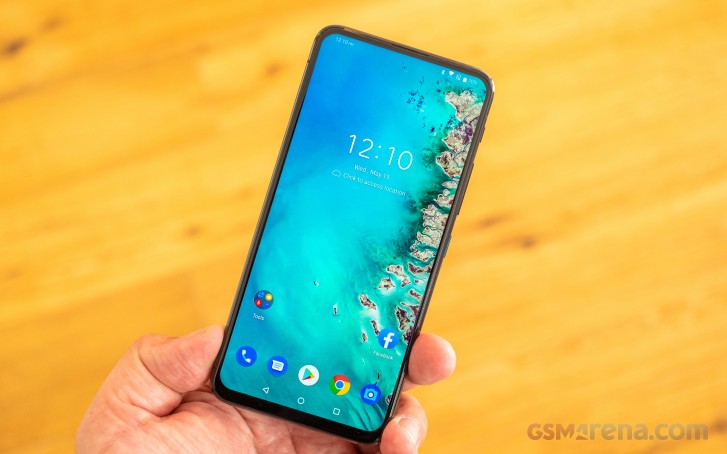 We spoke with Asus on the design process that lead to what is the Zenfone 6, which we've covered in a separate story. The end result is the motorized dual camera assembly we have here that freed the engineers from having to fit a front camera. And on top of that, it means selfies with the quality of main camera photos.

Coming up with that solution was quite the challenge as it needed to be sturdy enough and manufactured to very tight tolerances. The platform itself is made of Liquid Metal - an alloy that has the structure of a liquid, but is solid at normal temperatures, and machining that took some effort. 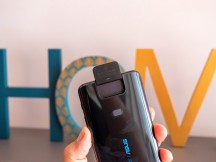 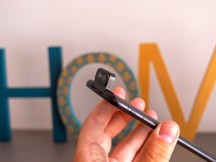 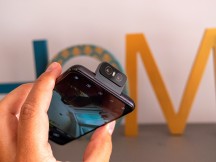 It then needed to be driven reliably which itself was another challenge as it's quite the chunky assembly. It's a tiny stepper motor that does the heavy lifting, though on a smartphone scale it's pretty massive. Asus rates it at 100,000 actuations, and even if we've heard numbers twice or three times as big from other manufacturers for their respective pop-up mechanisms, 100K is still plenty. 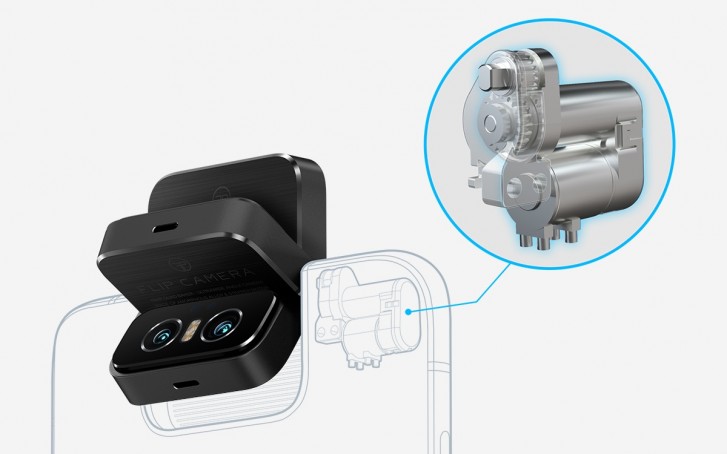 In fact Asus is so confident in its durability that the Zenfone 6 lets you use the flippy camera for face unlock. While it does rotate fast enough, the trouble is you have to touch the lockscreen after waking up the phone for it to activate, which slows down the process. The reasoning is clear - to prevent accidental activation. So after the novelty factor wore off, we preferred to stick with good old fingerprint unlocking.

Aside from the rotating camera, the Zenfone 6 has another rather exclusive feature - the Smart Key. It's a dedicated hardware button that can be used to launch Google Assistant, but which you can also customize to do just about anything. It recognizes single and double presses, as well as long presses. Our only complaint is that it's all the way towards the top of the phone and is not easily accessible with one hand. Though that also means it's far less likely to be in the way, if you prefer not to use it. 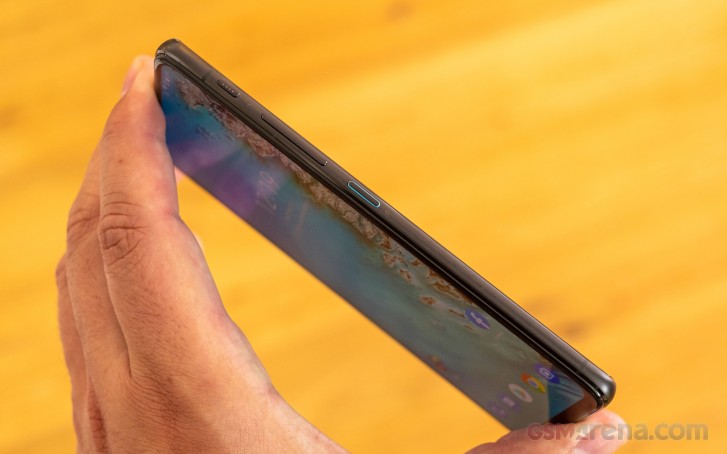 Other than that, we're dealing with pretty straightforward controls. There's a power button on the right, midway along the height of the phone. It's got a nice accent to match the logo on the back cover. Above it is the volume rocker, which can also double as a camera rotation control.

On the other side you'll find the triple card slot - it takes two nanoSIMs and a microSD card all at once - Asus made the dedicated expansion slot one of the top priorities. Down on the bottom is the USB-C port and here you'll also find the primary mic, the 3.5mm jack and the loudspeaker. Or, rather, one of the loudspeakers - the earpiece doubles as a second speaker making for a stereo setup. 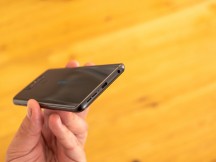 Triple slot • All the ports (two, the right ones) • Secondary mic on top