Asus' Zenfone 6 received a couple of software updates after being released but this one finally brings ARCore support and a couple of camera improvements.

For starters, the camera enables 8X zoom in the standard Photo mode, you can now record FHD videos without a time limit and you can also stop recording using the volume keys - there's a new option in the settings menu. 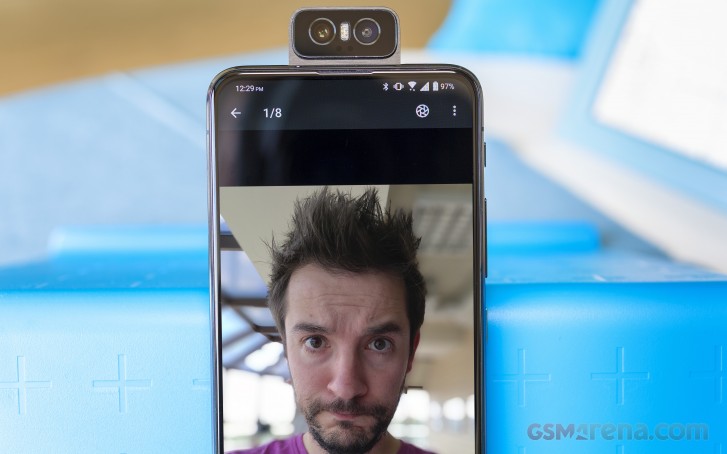 More importantly, though, the changelog claims that the camera quality has been improved and the noise reduction algorithm has been tweaked. The motorized unit's stability has been further enhanced too.

I recently purchased the phone and overall satisfied with it except for the call quality. It seems no software update was provided to fix the issue, making me think that it is a hardware issue with the call receiver. Do you feel the issue is reduced ...

For all people asking about call quality i felt its little artificial on full volume , however wen you lower the volume to half its clear.. Hope its gets fixed in the update

That's what I said. The Axon10 (and friends) has a Stockish-OS like the new ASUS ZenFone 6, and the ASUS has been getting great updates so far. Hopefully that will become the norm/standard for all OEMs/Devices that choose to use Stock-ishOS from no...