Asus Zenfone 8 specs surface in full, detailing all of the hardware

Asus will be introducing the Zenfone 8 and Zenfone 8 Flip in just a few days, on May 12. Thanks to some pretty-extensive leaks, we already have a pretty good idea what to expect, as well as how the two phones will look. Even more so now that a very detailed specs sheet for the vanilla Zenfone 8, previously referred to as the "Mini" has surfaced online.

Most of the basic hardware was already known and is merely being re-affirmed here, like the Snapdragon 888 chipset, up to 16GB of RAM (with 6GB and 12GB variants also potentially a thing) and up to 256GB of storage. Apparently, of the UFS 3.1 variety. The display on the Zenfone 8 was already know to have a 5.92-inch diagonal and FullHD+ resolution. As per the new info, it will also sport 120Hz refresh rate and will be manufactured by Samsung, using the trendy E4 AMOLED technology. Covering it - Gorilla Glass Victus.

We aren't exactly sure what materials the rest of the body is made from, but an educated guess would be a metal middle frame and an additional Gorilla Glass sheet of some sorts for the curved back. Another recent rumor also mentions IP68 certification. As per the leaked specs, the body measures 148 x 68.5 x 8.9mm and tips the scale at 169 grams. That includes the 4,000 mAh battery, capable of up to 30W charging. 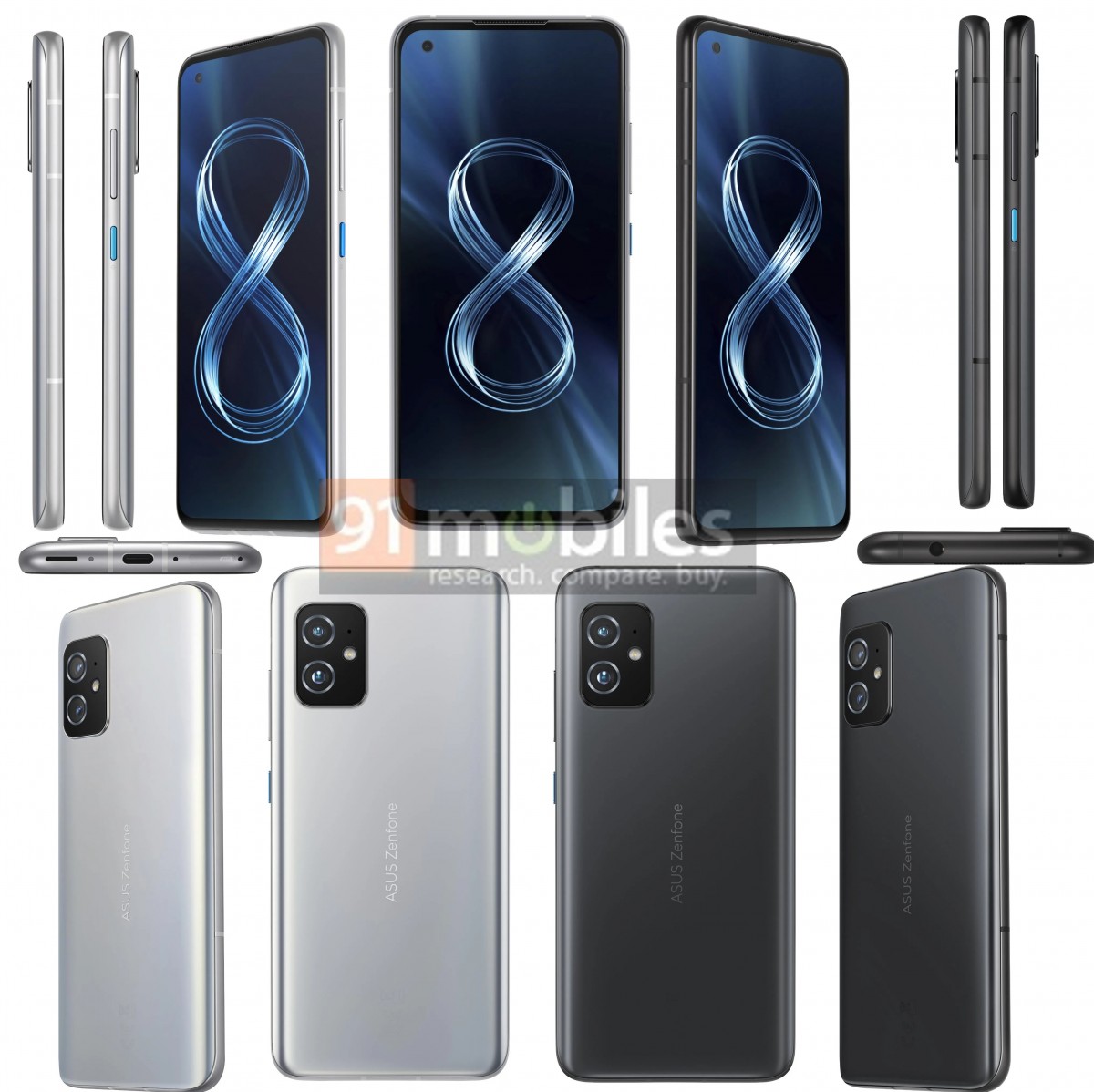 Also crammed inside the fairly-compact body - a stereo speaker setup, as well as a 3.5mm audio jack, with Hi-Fi audio output, in typical Asus fashion. Apparently, there are also three mics on the Zenfone 8, leveraged for OZO audio recording. We can hance expect pretty solid video capture performance from the main 64MP IMX686 camera on the phone, as well as the 12MP ultrawide snapper. Apparently, video capture can go up to 8K, with 4K@120fps slow-mo also an option. Like we've already seen from renders, the Zenfone 8 only has two rear cameras. As per the new leaked specs - both equipped with EIS and if we are reading this correctly - autofocus on the ultrawide, so it can double as a macro snapper. Neat! Finally, some other details are also mentioned, like Bluetooth 5.2 and Wi-Fi 6 support, courtesy of the Snapdragon 888 chipset. Also, 5G and an FM radio receiver. Not too shabby for a compact flagship.

No word on pricing yet, but then again, the announcement event is just around the corner anyway, so we won't have to wait long.

Totally agree on width and holdability. I say the same thing over and over again to my friends

excellent - finally oled, ip68, fm-radio and headphone jack. if there is full dual-sim+sd I am sold...

Thank you Asus for still including headphone jack