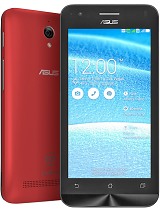 sleep, 31 Mar 2017when i charge my asus zenfone c, suddenly i heard something from inside phone. that's so scar... morewell well,

khc, 31 Dec 2017same with me.just happen this week mostly when i play clash of clan and also after charging.asus zenfone c zc451cg

Dewa1999, 29 Nov 2016My phone hv problem unfortunately system ui has been stopped > _same with me.just happen this week mostly when i play clash of clan and also after charging.

I'm using this mobile for last 3 years, in the first 2 years the phone was working the best all the games even games like gta and other high graphic games were working fine but in the third year I was unable to play even 100 MB worth game it was unable to start the game and some of the ZenFone apps weren't even starting

But in the first 2 years it worked the best I had a great experience using it, great work ASUS

Eiman, 22 Sep 2017I have bought it 2 years ago but on 2017 march,it have a problem such as when i going to power... moreRemove the battery and keep it for 1 hour ur phone will start after that

Anonymous, 06 Oct 2017I have bought it in 2015 and this is strongest smarthphone everThat's true bro I'm also using it for 3 years and my mom has banged it many times but it still is in 1 piece no scratches and no starting problem

han, 28 Oct 2017how to fix this phone to make it will BeCause when i open it stay load not to open this launcher Use only the ASUS launcher not any other

how to fix this phone to make it will

Eiman, 22 Sep 2017I have bought it 2 years ago but on 2017 march,it have a problem such as when i going to power... morereset factory may work, just searching Google for detail information, there is so many tutorial there..

I have bought it 2 years ago but on 2017 march,it have a problem such as when i going to power on the phone...it just showed ASUS only on the screen, so what I must do?

i already use this brand phone since 2015 & the problems are battery & RAM . last time i'd installed Moba & i can't opened it bcs of the RAM . it say i need to reset my phone to boost my RAM SO I DID IT but i'm so stupi* bcs following the orders . i still can't open moba while my bro using lenovo with 1gb ram & HE CAN PLAY IT MAN I'M SOOOOO SAD that i can't play it . i also loss all my applications hahahahah hmm nvm i want to buy another phone , hopefully nothing's wrong &#128512;&#128512;

mxmxpz, 02 Oct 2016this phone wont get lollipop officially. you not realize it why? i tell you: if this gets loll... moreyupp.. Agreed. With few of my friends bought 2015/16 zenfone, hv extra bonus of getting xtra slow moving action, like Baywath chick running at the beach. Always need to manually clear the ram using apps that they provided. Now cannot d.load apps anymore, memory 80% full, heat, slow, sd card slot not detected, pictures moved out but still.. Keep search in google with last option to flash and/or root. Hmm.. Nightmare? But Earlier bought= very good phone!

AnonD-666159, 01 May 2017I have use this phone from 2015 and the device is still running very well. The only problem af... moreyes, im also using this fone for 2 years. its working fine and as you say, the only problem is the battery

i reset my phone because all the apps are crushing. and it didn't result to what i've expected

Need help here..my Zenfone C Z007 suddenly cannot/didn't detect my sd card(in sim2 slot for this model). I double checked the sd card into my sony phone and it's work straight away. Is there anyone here ever face this problem and can solve it? Thanks.

I have use this phone from 2015 and the device is still running very well. The only problem after 2 years is only the battery. No significant problem with the device.

Thank you Asus for this awesome phone

I bought a ZenFone on March,2015
,butwhen i use 3g service on my ZenFone c than it become too hot .and also it consumed more battery power.when i open camera app than it make it sound.