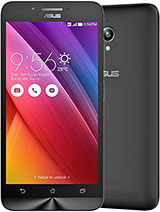 The phone is horrible ! The battery get drained in very fast unreasonable.
Fully charge 100% before sleep at 11 pm, left only 15% after wake up at 0400 next morning...

Another question: is this phone better or Huawei acscend Y6 ??

my zenfone go gps does not work properly

bad camera give some solution

hello guyz.i'm having some problem with this phone.i bought it last month.so,what i want to tell is why sometimes my zenfone go take charging fully 3 or 4 hours?can my phone charge faster?plus,once it battery power less than 10%,it become faster drying battery life.can anyone help me?

hello guyz...i have some problem with this smartphone.i bought it last month.so,what i want to tell is why my zenfone go sometimes take charging fully about 4 and 3 hours.why this happen??how can i charge my phone faster.plus,while the battery power below 10,it become faster drying battery life.can anyone help me..plz reply.....

Chizz, 16 Apr 2016Just want to warn everyone, this phone has a poor built. Used it for 6 months and screen star... moreyou still lucky compare to me.. I just bought it on last November 2015. In Jan, i found the screen was cracked due to no reason.

I f i have overcharged and the battery over heat, the cracked should be at the botton of screen and not at the to of screen.

When i sent it to the ASUS Service Centre, it took a months for them to come back to me and told me that the cost of repair was RM209.00 due to a reason that is 'customer' fault.

I was disappointed and asked for a technical report which is after that they promise to repair the phone. However, after a few months, it still not repair due to a reason that there is no spare part of the phone.

After a few times follow up, today the come up with a very simple technical report.
Reason : customer fault.

Just want to warn everyone, this phone has a poor built. Used it for 6 months and screen starting to have yellow spots. It also freezes quite a bit. It is a budget phone i understand, but also understand i use it for basic chatting, email, and reading news only. Apparently, there better budget phones and this came from an Asus employee, he told me they are facing many issues.

AnonD-525859, 13 Apr 2016This is a useless phone.. hopeless battery back up, doesn't even last 5 hours properly.. Mem... moreHey if the company claims 8GB you wont get complete 8GB in any device. Some space is taken by the device OS if you are familiar with these things.
Also for battery backup there are many things taken into consideration.
Use Auto start Manager & Power saver App to deny background App & also to clear RAM at frequent intervals.

This is a useless phone.. hopeless battery back up, doesn't even last 5 hours properly..
Memory the co. claims is 8 GB.. After op system use the available memory is only 3.85 GB..
Im really not happy.. Go in for a Lava or Lennovo in the same range

Anonymous, 04 Apr 2016I'm rooted and using custom recovery (TWRP). Everything is ok about this phone, except a lack ... moreHow did you root it?
By pc? Or using apps like kingroot?
I only want to root this but stay with stock rom, ill just flash skynet or L-speed tweaks, and of course install titanium back up

hello everyone !!
this is really nice phone, does all the basic job...
if u don't play heavy games,not always online ,not chatting everytime.... then this buddy for u.
i got one issue today... "loudspeaker icon" popup on the screen in every 2-3 mins....
i'm not getting it ,why its happing.... any idea to Go5.0 users ??

Jel, 26 Mar 2016Hi! Just want to ask if all of you Zenfone Go users are having problems or cant find the Quick... moreNO there is no such settings available.
May be ASUS ZEN UI devs does some changes in this cheaper set.
some other options are also missing in it.

AnonD-69844, 10 Apr 2016Hi, I want to buy this smartphone for my mother. she's 59, she realy likes taking photos, talk... moreyeah it's nice...camera is also nice...but if you do that too much + gaming then it will not last for full day.
bt i suppose ur mother is in home all day then u can go for this Awesome phn.

Hi, I want to buy this smartphone for my mother. she's 59, she realy likes taking photos, talking on the phone and sometimes gaming to, but games like candy crush and etc. so, would you recomend it for her? I found it cheaper and stylish. anu tips?

pranto, 26 Mar 2016There is no moving option... For the first tym I'm facing such problems... Where are the apps ... morego download at playstore BOBO

AnonD-480607, 06 Apr 2016how to update to marshmallow for Asus Zenfone Go?no update this is a cheap phone for texting purposes only