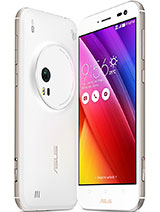 I just brought this phone last week.Does anyone know why it say my model is asus zenfon zooxs instead of asus zenfone zoom?Is mine a clone or something?Tq.

Only thing this phone lack is the battery life and apps compatibility.
Really, this Intel Atom processor suck many battery juice, and easily overheat, then it's ASUS ZenUI also is juice sucker, and really not fast enough, everytime the home screen need reloading if something heavy running. Recommend to skip this one, and get others.

no fingerprint sensor, no love

Think long team, 25 May 2016Samsung?LG? I am using LG G3.. i am not comparing those "premium" with this. I would like to s... morePartially agree on what you are saying.
Actually there are quality different between those screen, not all LCD screen are made the same.
It is not a matter of IPS technology or the screen responsiveness, and also not a matter of screen resolution, it is a matter of screen quality.
So, even with lower resolution, a good quality screen doesn't distract much from day to day usage. The different even less obvious if watching video.
It is just very small text that look a bit fuzzy, but most of the time the software will zoom the text to readable size, which is already help covering the a bit pixelate issue.
Then, good quality screen also put bigger pixel size on the screen, that close the gap between pixels to create a high fidelity screen.
All in all, our eye is more sensitive to the screen quality rather than the pixel.

Samsung?LG? I am using LG G3.. i am not comparing those "premium" with this. I would like to say that there are much feature on my lg g3 which i do not use.

If i needed a zoom camera, i would get this than Samsung or LG. In fact i just got myself a zenpad. There are times when no matter how good your resolution on screen. Your eyes just could not read small fonts.

[deleted post]so what if samsung has 4gb ram? it still has same ui

Why Asus Dont Have Finger Print?

kartik , 06 Jan 2016Asus zenfone is much better than samsung J7. i am using the Zenfone and the best thing is its ... moreZenfone also has the same UI for their series, lol i don't understand what do you mean by Samsung has the same UI for cheap and expensive model, i mean mostly if not all, same brand will have same UI on their phone

Sky, 30 Mar 2016Battery was not that good..but the camera was way better than samsung ! That's the reality.highly doubtful. opinion does not equate to reality lol.

Sky, 30 Mar 2016Battery was not that good..but the camera was way better than samsung ! That's the reality.Can't even beat Galaxy s6.and lower huawei honor 6 plus

Anonymous, 19 Feb 2016Lol Asus camera and battery never good Battery was not that good..but the camera was way better than samsung ! That's the reality.

Anonymous, 13 Mar 2016Lol LG are better than both of themAsus FTW

Anonymous, 05 Mar 2016Can you name the applications that this phone does not support?Ok, I did own a Zenfone 2 with Intel processor.
One game that annoy me is the GT Racing 2, by Gameloft.
This games graphic rendered badly and incorrectly on that phone.

But I know, this is a two way street, I can blame Gameloft for not creating a compatible render for the Intel chip (I suspect is Intel problem, because my other phone with MTK chip, also with PowerVR graphic, doesn't face the issue). Or, I also can blame Intel that not supporting ARM based instruction code for solving the compatible issue.

It has been a year using that phone since launch, and no update is being made. However, other Gameloft's game run perfectly fine on the phone, rendered with high frame rate.

Anonymous, 03 Mar 2016Accept the truth people, zenfones are much better and samsung just want to make money Lol LG are better than both of them