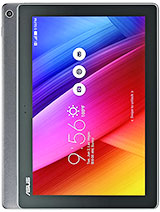 Okay listen up. most of the reviewers on here that are Talking Smack should otta not be allowed to own any mobile device.

The nonsense they are spouting is just that - PURE NONSENSE.

I have several tabs the most recent of which is the Asus 10zentab. Admittandly it is not the most "robust" of Assus tabs, but here is my read:

1) The camera really "SUKS". I mean grabage,
2) Permarnce; I have not had any issues with any opf the performance related posts - at all, it's pretty snappy, starts up a little slower than my other Asus tab, but it's a Startup - who cares,
3) WiFi - no issues at all,
4) Video playback - no issues,
5) Speed - it's an entry level tab, with that in mind - no issues,
6) Doesn't run hot, even with a Bluetooth Keyboard and case attached,
7) Screen resolution is quiet acceptable for a 10" unit.

Overall, I don't think I'd buy another one, but I use this for service related ittems at client sites. 2G and 5G WiFi works extremely well, and with a bluetooch Keyboard/Case, i would suggest taking a good look at this for the younsters and perhps "shutins" and those sorts of users.

i can say that all of my remote apps (qfile, abfile, abdocs, Google Docs etc) work quite nicely and have had zero issues with them.

So, for those of you that want your 5 minutes of Internet Fame and spout crap and nonsense - "Just Go Away".. I mean really, just go back to the Planet you came from and stay there...

Purchased October 2016, experiencing Wi-Fi connectivity issues. Device
reports connected but can not access internet. Rebooting re-establishes
the connection but appears to be short-lived.

Absolutely rubbish. Had the mainboard replaced and battery after 2 months. Another 2 months later a new mainboard was needed now it's over in holland being tested because I could not get it to turn on. Been told no fault found. They doing tests again. Been told can't have the tablet replaced until fault found. The tablet was only brought in March this year. Been with out the tablet now for 4 weeks in total while repairs been done and testing. Still waiting for the problems to be sorted and issue sorted once and for all. It's only six months since I brought the bloody thing and wish I never brought it. Maybe it will get sorted by the time the warranty runs out, however I won't hold my breath.
Don't buy one stay well clear unless u are the owner of Asus and u deserve all u get.

What i can say...go really slow. Web pages takes nearly 30 seconds to load sometimes...average games work slow, and the big ones don't work at all.
Restart after 5 min using facebook...sometimes playing games or locking at movies. Restart for no reason
camera is useless
I expect much more from asus.
sorry for my broken english

AnonD-556974, 05 Jul 2016absolutely. I'm really, really disappointed. The tablet is pretty much crappy out the box, and... moreI bought one the day before yesterday and it will not play imported videos from another device! Tyr sound quality is superb but video quality is shite. It staggers, fragments, and goes in slow motion; several frames short of normal play. I am taking it back to Curry's-PC World after the Bank Holiday; for a refund.

I use an asus zenpad 10. I had a question that if I use my tablet, will it be damaged?

Zoomtank99 , 17 Jun 2016Are you an ASUS employee? Just face it like everyone else, it's a crap! Since the Transfor... moreabsolutely. I'm really, really disappointed. The tablet is pretty much crappy out the box, and does not get updates basically at all. Interface zenui is full of bugs, in addition of being slow and laggy. Even loading web pages takes forever, because of a tottaly underpowered cpu that renders the pages slower than my old htc froyo smartphone. But it's not over, the worst news are about the wifi connectivity. Connection falls basically everytime the screen is turned off. If the battery saver is forced not to turn off the wifi, it stills falls after browsing 3 or 4 pages. And again, ASUS released this device promising updates, the last one of which is several months old and did not repair half of the bugs. Hope to get 5.1 is rapidly fading away, along with any will to buy ASUS devices anymore - very likely, unknown chinese vendors sell better devices in EU these days.

AnonD-548686, 14 Jun 2016I got this at a heavily discounted price. Its a little heavy but I'd say it feels more solid t... moreAre you an ASUS employee?
Just face it like everyone else, it's a crap!
Since the Transformer Infinity TF700T, all Asus tablets are some trash, laggy and hard responsive, unable to get prepare for an update after one year later since launched!

I got this at a heavily discounted price. Its a little heavy but I'd say it feels more solid than most other tablets too. It has a quality ferl about it. Its fine for everyday use and most gaming, but lets face it, any serious gamer wouldn't be using an Android tablet anyway.

It streams and plays movies smoothly, the audio is nice, clear, sharp and crisp, with good levels of bass.

I've not experienced any of the other problems mentioned in these reviews, so I presume either they are tlking rubbish, possibly reviewing a product they dont actually own or they cant perform effective routine maintenance & clean ups in their tablets.

Its not lagging or slow to boot up. The screen resolution is pretty decent, good enough to edit NEF RAW files anyway.

The battery life is pretty decent too & doesn't take forever to recharge.

THE ONLY DOWNSIDE... is that the optional DA01 audio dock/keyboard is completely unavailable anywhere on the internet at this time.
Its even unavailable from ASUS, at this time.
Hopefully its just a manufacturing issues, and we'll see them soon.

You could hust buy a generic Bluetooth keyboard from eBay, but the matching ASUS one would be nice.

CONCLUSION...
if you can buy one at a discount price, they are well worth the money.

You can find better options for sure.

Might be the intel processor is not optimized yet for android.

Massive let down my Hudl was quicker but too slow so I bought this crap instead, 4 mins to start up then video crashes games too slow just rubbish.

I´m sad with this tablet.
Wifi signal is lost all the time and ASUS does not respond about upgrading to marshmallow.

what is the battery power

This is my 2nd ASUS z300c. The 1st one had issues with Wi-Fi connectivity.
No troubles with number 2. Very good with games and video. Good solid design with high end specks at a budget price. Highly recommended.

What cpu speed do you see when running cpuz?

Cris, 18 Dec 2015Has anyone gone through some majour issues? How smooth is it? My ZenPad 10 has had a few problems. Keeps going into standby for no reason, on test at moment after a factory reset. Font colour and bold changed somehow but could not change it back another factory reset. The tech support is not very good factory reset is their solution.
I have had this 2 months and I am on my third factory reset, when I had an Amazon kindle probs it was replaced without question, as you can guess I won't be buying an ASUS product ever again.

Cris, 18 Dec 2015Has anyone gone through some majour issues? How smooth is it? It's best tablet, screen and audio. Truly satified with this.
But...
Cpu is underclocked. I have major speed issues.
Everything is going slow, like a computer from 2000
Actually they were fast compared to this tablet.

I honestly say, if this zenshut tablet gets broken, or shattered i will not feel bad.
Im really pissed with the speed, and can't root also!!!