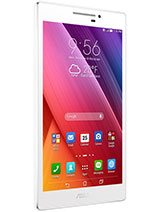 I still have this tablet and its working fine 💪

There are no any Dial pad in my ASUS Zen pad . How can I get it

This Price This tab , what you expect? like samsung tab?

jaykay, 07 May 2017nothing is wrong with the phone expect that it do off sometimes when am watching movies or doi... morenot sometimes bro..is ALWAYS

Don't waste your money and time for this tab. Totally useless. When i see youtube there's suddenly RESTART . Even not playing youtube..playing MX Player also the same. This was laggy device and always restart. Latest firmware still the same

After using the unit for 1year, sent to service centre to repair battery charging board. Took months for the repair. Just reapize the audio jet having problem, but i decided not to send for repair because of the repair time taking months. Half year later, the battery become unstable, charging but the power did not sustainable. Opening apps like wechat, fb which will draw more power resulting cut off power.

I'm decided to replace the battery by myself, how ever no replacement battery found in the market for this model.

a bit slow at times, some apps crashes, wish it was LTE, and battery life is awful.
so-so performance for a tablet.

This unit should not have left the drawing board. But, asus instead opt to make us all guinea pigs by letting us test lousy overheating intel atom processors in tablets all for the benefit of their R and D. This tablet has been a pain the a55 since day one. Twice I sent it back to the service center. The intel atom processor is just plain not suitable for tablets. It's too power hungry and sluggish. The tablet is too hot for comfort. Heating is a very big issue.

Asus, why did you guys let unit out? This is a blot in your good name.

I've rigged mine with a 10000 mAh powerbank directly connected to the powerbank internal battery pack. Attached a fan on top of its overheating cpu. Still testing it. Am converting it into a table top fixture.

Asus, this one really sncks. Fire the engineer who let this out. This is a low budget tab. Which means you let a lot of poor people down. I bought this for my kid taken from my end of the year bonus. Imagine that. I chose your brand to part with my only happens once in a year bonus. And all you gave me is trouble since day one.

All negative comments that you guys posted, its the same thing happened to my ZenPad 7.0 ..no good asus :-(

nothing is wrong with the phone expect that it do off sometimes when am watching movies or doing other things with it.

Anonymous, 03 Dec 2016true, i hope there will be an update on this software...It's really cheap product .

The customer service is very worst. It cheats customer actually coz it does not replace anything. On my report,it says replaced battery,after I open it and check, it still the same. You guys don't believe them.let us boycott asus device with only 3 hours battery life!!!!! What a waste!!

i have been using this device for almost a year. i must say, the only issue i had with this was its battery. maybe some of u guys bought the unit with defect. hmm

And the worst is the poor, weak customer service. Have sent back 4 times and everytime I still need to follow up. Even though changed the board twice, still cannot fix the problem. It has been 4 months plus and don't think this issue can be fixed. Very disappointed and has given up. Will most likely not buy from Asus again in the future.

same problem...batt only can be use only for 2 untill 3 hours and have a poor wi fi connection

Just bought 1, I was hoping that it will work like my zenfone max. But I was wrong, its laggy and now after a week I can't use it anymore. Touch won't respond, always rebooting. And to compare it with other brands its much more expensive. Please ASUS do something about this.

cbotacin, 09 Dec 2016This is the worst tablet I have used!!! the battery doesn't last even 3 hours. Almost unusabl... moreya..agreed with you...this is very worst tablet..bttry only last up within 2-3 hours only..

cbotacin, 09 Dec 2016This is the worst tablet I have used!!! the battery doesn't last even 3 hours. Almost unusabl... moreSame problem,same ;-(

Related devices
The devices our readers are most likely to research together with Asus Zenpad 7.0 Z370CG