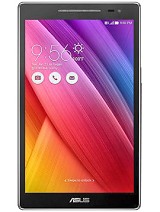 bluemoto123, 27 Feb 2020Worst tablet ever! Slow as snail, can't even play clips/stories on instagram. CPU at miserable... moreDude the tablet is 7 years old

Worst tablet ever! Slow as snail, can't even play clips/stories on instagram. CPU at miserable 900MHz 😤 Not a single software update, full of bloatware. Huge mistake buying this POS.

I prefer Windows to Android. I have the same Zenpad running Android but it sucks with Android. Intel processors we're really designed to be used with the Windows Operating System and sucks as far as I'm concerned with Android. Android works fine with MediaTek Processors but with Intel processors I've found Android to freeze. I'm going to get a Windows 8.1 original DVD and try installing Windows 8.1 over Android as the tablet I'm using uses an Intel Atom Quad Core Processor. I've got 5 Tablets, 3 of them use Windows and two use Android (1 uses a dual core MediaTek Processor and the other one uses an Intel Atom Processor). I've read that you may be able to download specific hardware drivers for the Intel Atom Tablet that I have that's running Android.

Is the Atom processor also running at 900mhz max? That just the same as their Zenpad C 7.0 Intel.

Spartans, 29 Nov 20152h youtube,about 2h playing games,2 h surfing on net,wifi always ON,brigtness on 80%,and still... moreis the battery life that good? i heard others saying its bad like under 3 hours.

Plz can someone tell me if it does support arabic language in keyboard and browser, pdf ... ?

been using the asus zenpad 8.0 z380c for a couple of days. the tab is awesome, it looks fantastic and the screen is gorgeous, however sometimes it does bug when using some applications (instagram, chrome). apart from that the tab is really cool, i would recommend it to people who do not want to invest alot in a tab.

Great display, but the battery life is absolutely atrocious. Either I got a dud or they are all this bad.

Beware, the processor is underclocked from 1.2 to 0.9 Ghz. That's why Asus never clearly states the clock, but just the series of the processor the tablet has.

Does it have Local FM radio...not Net streaming radio

Dearest friends.Hopefully this hearsay is right!!Congratulations and well done to the Asus that has decided to donate these 4 redundant confusing GSMless confusing nameless 8 inches xxx last products tablets to the poorest nations in Africa,Asia,Latin America and the other poor nations!!!Asus the third richest and producer of devices name remain in Guinness books of records!!!Chinese name as a donator for human causes remains for ever in history!!Tablets qualities and their prices is nothing for the Asus kindness,humanity and qualified loyal best donator of each tablet just less than $100 costs for Asus the merciful!!This Asus Zenfone tablets donations will be a good guidelines for other brands!!!Amazingly news says incredible unbelievable constant support,updates and upgrades for poor nations!!Better than staying in warehouses and nobody buys them!!!Hopefully,the fact writing GSM,Asus,and public confirm and modify this best news of history from China!!Godspeed

According to specs, price should be below 200 EUR.

Related devices
The devices our readers are most likely to research together with Asus Zenpad 8.0 Z380C