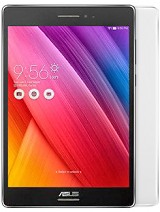 Can play Mobile Legends or Heroes Evolved with no issues?

The processor is clocked at 1.8 GHz

Hi, just to let you know the pad is upgradable to Android 6.0

Hi,
I am facing a problem. my tab mic stop working, but when i plug a headphone then head phone mic working well. recently i upgrade it to 6.0. any one facing that problem? i don't understand its a hardware problem or software problem. any solution guys..... ?

Some apps do not work here..specially Microsoft office..

Very good tablet, build quality superb, only down side is some apps wont work in these intel based processors, which only works in ARM based ones..

VERY good all around tablet. No other tablet in this price range even compares. It has ALL the things other tab manufacturers quietly DON'T mention their tabs are missing. Only things It's interesting to note, though, that as much as they hype it being 64 bit CPU -- which it IS -- they do NOT mention it's only running 32 bit Android. To the user, this is NOT noticed in any way. The screen is gorgeous. I haven't run into any incompatibilities yes. I run LOTS of apps.

The devs should adjust the touch/tap algorithm tho. On all my other android devices, a touch doesn't have to be an actual PRESS, it can just be a light tap -- this device seems to prefer an actual touch that makes good contact for a few microseconds.

well i get it but wer do u fix this phones

For this price it compares to many iPads has an amazing screen and is great in comparison to the iPad mini 1,2,3 , iPad air 1,2 etc

Brought this tablet from America a few days ago and have been using it every day since. I took the tablet off charge at 8pm and by 1120pm unused it hasn't lost 1% if it's charge so standby mode is excellent. I easily get a full day of medium to heavy use so it had no downfalls there. The worst bits are the front facing camera (grainy) and front speakers (tinny). Everything else is awesome.

Dearest friends.Exactly the same comment written for zenfone x2.Good for children to learn with price of $100 in low-ends-range or the best donation to devastated countries like poor Nepal hopefully to prove Chinese humanity in helping other poor nations that even many don't don't habe a radio todays either!!!Dearest friends.Do you think Asus does this greatest sign of humanity!!!?I appreciate all who answers!?Because Asus is the richest and producer of technology and electronics in the world!!!Possible!?Thanks gsmArena.com to release facts plus facts!!!Do it Asus,do it best!?Justice Rights.

Nice Tablet! Hope it has more battery and doesnt heat too much...

Related devices
The devices our readers are most likely to research together with Asus Zenpad S 8.0 Z580C