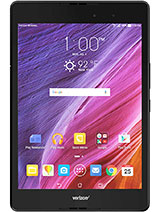 AnonD-521804, 17 Jun 2016This unit has USB-C, not Micro USB as stated above.Whight, Type C, i own P008 (or Z8 ) with 2 Gb ram and 16 gb internal, but no fast charge,only 2 Amps. Some pixel in the screen are dead, but its old tablet. The sharpness is bad,i instaled a special app for brightness lux from google play store. I use that zenpad as hotspot sometimes,i like call function, but in the future i seek 7 inch .

And it's not widespread enough to have community support either. So if you want to buy something beautiful but ephemeral, then go for Asus!

Not the fastest thing I've ever used. Display is beautiful. Sound quality is good. Decent camera. With Verizon 4G, works well as a wireless hot spot for my laptop.

Announces anytime you disconnect your headphones. Loudly. Over the speakers. Have been trying, for nearly 2 years, to disable that. Whoever thought that was a good idea? They need a "remedial course" is UI design. Preferably one involving a clue-by-four.

Anonymous, 14 Oct 2016It is so painfully slow I want to shoot myself. I guess I will just give it to my 3 year old. Must be your wi-fi, because my z8 runs great on my wi-fi and my mobile data through Verizon

Replaced my Gen2 Google Nexus 7 tablet with the ZenPad Z8. Immediately liked the lighter weight and larger brighter screen. Hated the Asus keyboard and almost returned it to VZW because of the difficulty in typing...words ran together and autocorrect was awful. Then discovered Google keyboard in the Play Store and now love it. Great tablet for the price with Google keyboard installed.

It is so painfully slow I want to shoot myself. I guess I will just give it to my 3 year old.

It is a bit slow, because so many ASUS stuff there. Battery is great. Screen and photos are great.

Anonymous, 19 Jul 2016Does anyone have any information regarding how long this takes to charge? In my experience(I've had it for a few days) it charges at least as fast as my HTC One M9 and the battery drains much slower.

Anonymous, 24 Jun 2016wonder if this tablet would work for t-mobile if unlocked.. It will, supports band 2 & 4 which is T-Mobile LTE and no need to be sim-unlock cuz they already are out of the box

Does anyone have any information regarding how long this takes to charge?

AnonD-559600, 13 Jul 2016I got one through Verizon. Actually its pretty good compared to my old Nexus 7 I had but some ... moreCan your (or someone) provide details on the charge time of this device? Is there any rapid charge or quick charge capabilities?

I got one through Verizon. Actually its pretty good compared to my old Nexus 7 I had but some Android issues still are there. Like a flaky auto brightness that dims whatever it wants.
Also I think typing on it is much worse than a iPad Mini 2 of my wife's. Lots of lag typing and its just harder to type on the Asus. Otherwise a plus to have front firing speakers even though they still are tinny. Battery life good unless your watching video of course. Price alone the Asus is a great choice even with some short falls .

It also only has 8 GB of usable storage, with the rest reserved for the system. Fortunately, it has adoptable memory so when I inserted my 128 GB SD card, I got about 134 GB of usable space.

I've had two so far. The first one crashed 3 times in the first hour of owning it so I exchanged it. The second one is better but has a dead pixel. Dead pixel, for real 2016 and they still can't figure that one out?. My original 2012 nexus by asus the glass screen popped up along the side and I returned it and did I not replace it

Does it support voice calling

This tablet makes me appreciate iOS. To much stutter! Omg wtc