Today AT&T announced a new addition to the Rugby line-up, called Samsung Rugby III. The latest member of the Rugby family is built to military-grade specifications and as a result is waterproof, dustproof and shock resistant. 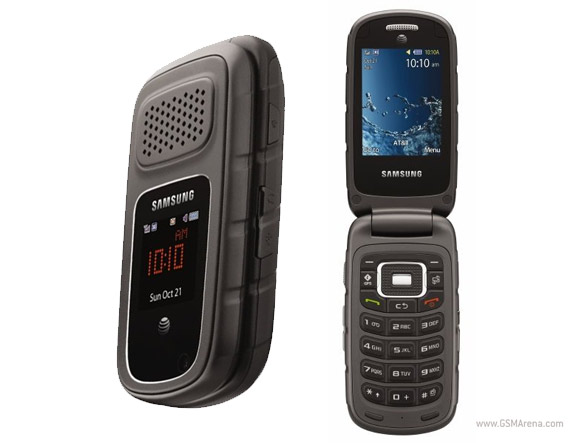 The phone isn't running Android, but a custom featurephone platform. The Rugby III features a 2.4-inch QVGA display at the front and a 3MP camera at the back. There's also a second display used to show incoming calls as well as notifications.

Granted, specifications aren't all that exciting, but that's not what the phone is about. It's 810G military spec certification ensures it won't break easily whether you drop it.

The Samsung Rugby III will be available on December 14 for $99.99 with a two-year contract, but business users of the carrier can place their pre-orders from tomorrow.

im an att rep and i can say that this phone is the best...spec for hark working people

Best phone ever. I have the Rugby II. It is indestructable. It sat overnight in my dog water dish and fired right up. Save $400 or more a year by refusing to jump on the Smartphone bandwagon. I have a computer. I don't need a smartphone. Great so...

Wen it will be available in india