AT&T Wireless announced the upcoming availability of the Samsung Galaxy Camera today. As you probably know by now, the device is a marriage of a point and shoot camera and an Android smartphone. 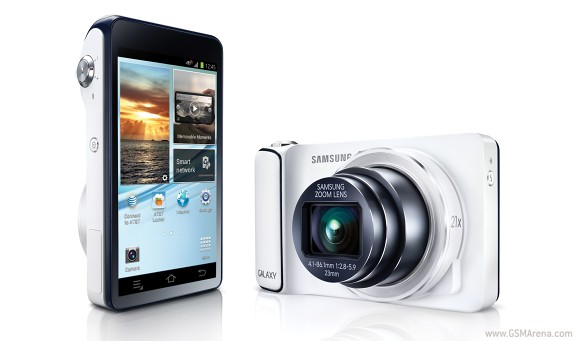 The Samsung Galaxy Camera for AT&T is powered by a 1GHz quad-core CPU. It boots TouchWiz-ed Android 4.1 Jelly Bean with enough photo sharing features to make every social network junkie happy. The gadget runs on the carrier's 3G network - there's no LTE connectivity on board.

The rest of the device's specs are the same as in the international version. They include a 16MP BSI CMOS camera sensor with xenon flash and 21x optical zoom, 4.8" Super Clear LCD screen with HD resolution, and 8GB of built-in memory, which can be further expanded via microSD card slot.

We've managed to spend some quality time with the Samsung Galaxy Camera at an event in New York City. Curiously, the gadget has no AT&T branding on it, save for some preloaded software. That aside, we did not encounter any differences with the international version, which we checked out at IFA.

The pricing of the Samsung Galaxy Camera will be known when it hits the shelves in the coming weeks.

If this thing release as phone will basically be a true camera killer, a big zoom that you find $300+ camera and xenon flash.