AT&T has released a new budget phone from Pantech called the Renue. This feature phone runs on Qualcomm's BREW platform and has basic features such as 3.2-inch QVGA toucscreen display and a 3 megapixel rear camera. 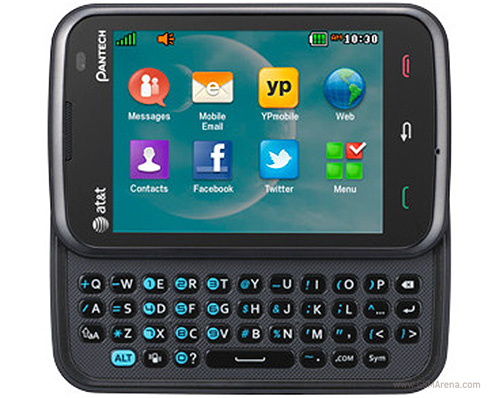 The Renue also has a built-in QWERTY keypad, which should make typing out those status messages on Facebook or Twitter easier and a rugged body that with MIL Spec 810 G standards for resistance to dust and sand, temperature and humidity, shock, vibration, and radiation.

The Pantech Renue is on sale right now and can be purchased for $69.99 on a two year contract (with a $50 mail-in rebate).

With this service on your mobile you cancheck your emails; you can download pictures (wallpapers), MP3 tones & polytones, songs & games. You can even read the latest news or check the scoreboard of an ongoing Cricket match, or book your rail...