AT&T Primetime Android tablet is all about entertainment, lands on August 25 [Updated]

Update: It's now on sale in the US. Head to the device's listing on AT&T's website (Source 2 link at the bottom of this story) to make a purchase. 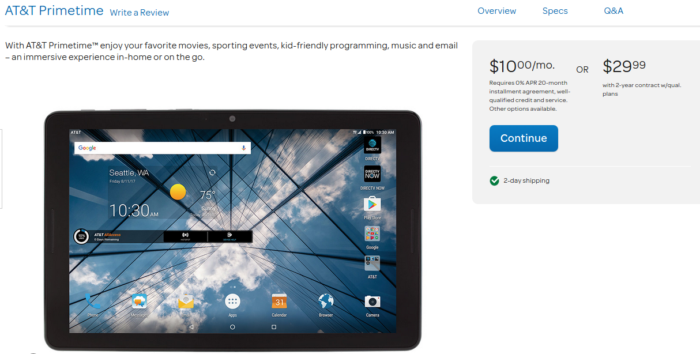 To see a new Android tablet announced is pretty rare these days, even more so for devices bearing only a carrier's brand. Yet AT&T's new Primetime tablet is exactly such a product. Unveiled today, it will go on sale on August 25 and it's obviously an AT&T exclusive.

The Primetime will set you back $10 a month for 20 months with an installment plan (adding up to $200 in total). Alternatively, you can purchase it for $29.99 with a two-year contract. 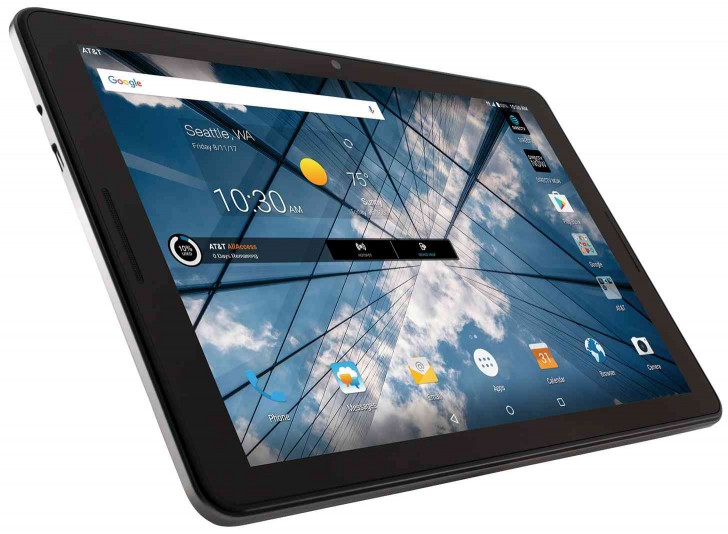 So what do you get for that cash? A 10-inch 1080p touchscreen, a pair of 5 MP cameras (one on the front, one on the back), 32GB of storage, and a microSD card slot for expanding that. The AT&T Primetime is powered by Qualcomm's Snapdragon 625 SoC, aided by 2GB of RAM. A beefy 9,070 mAh battery keeps the lights on. The tablet runs Android 7.1.1 Nougat.

It's got a big focus on entertainment, and as such it comes with dual front-facing speakers (with Dolby Audio). It also features support for dual Bluetooth media streams, which means you can listen through two headsets or speakers simultaneously. Additionally, "your favorite video apps like DirecTV" can be accessed with a single swipe from the home screen or lock screen.