AT&T has just announced that it's launching a trio of Windows Phone 8-running smartphones - the Nokia Lumia 920, the Lumia 820 and the HTC Windows Phone 8X. 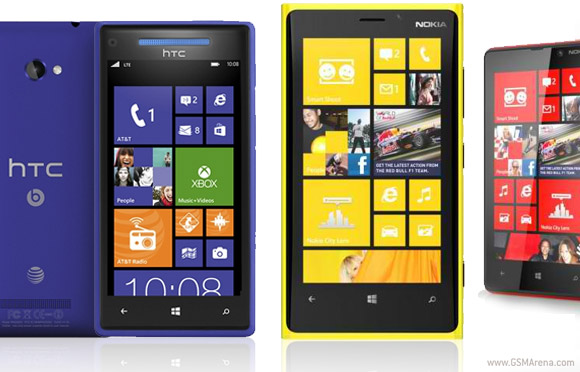 Let's start off with the Nokia Lumia 920, which will be offered in yellow, red, white, black and cyan. It'll set you back $99.99 on a 2-year contract and will come bundled with a free wireless charging plate.

Lastly, the HTC Windows Phone 8X comes in 16GB and 8GB limited edition versions in California Blue or Limelight (yellow). The 8GB model will run for $99.99 on a 2-year contract, while the 16GB will cost a cent under $200.

Both the Nokia Lumia 820 and Lumia 920 will be available for pre-order from November 7 with shipments starting two days later, on November 9. The HTC Windows Phone 8X, however, should begin its roll-out some time "before Thranksgiving".

Does any one know what's the release date of 7.8 update Cuz am seriously waiting for that to upgrade my L900