AT&T will be the US carrier to go to this holiday season if you are after Nokia's latest Windows Phone 8 smartphones.

With AT&T the Nokia Lumia 920 will be available in various colors including cyan, yellow, red, white and black. As far as we know, the cyan color was not part of the originally announced range of colors for the Lumia 920 so perhaps it will be exclusive to AT&T. 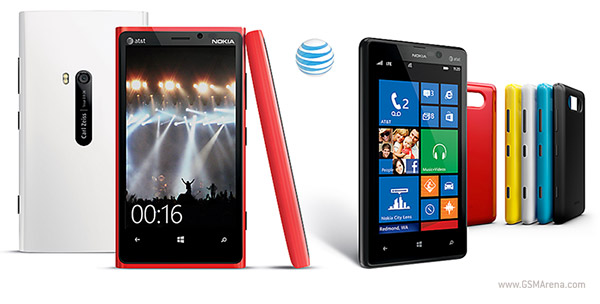 The Nokia Lumia 820 will only come in black, but you will be able to accessorize it with wireless charging battery covers in various colors.

Both phones will be exclusive to AT&T in the US and will become available in November. Pricing is yet to be announced.

I've been a HTC fan for a long time when they were basically the only ones with windows os. I was gonna switch up for the 920 Lumia. But there's no way in hell I'm goin' with at&t. Nokia really dropped the ball with this move. So i guess I'll be ...