AT&T announced pricing and availability of the Samsung Galaxy S4 with 32GB of built-in memory. The smartphone will be available on May 10 for $249.99 with a two-year commitment to the carrier. 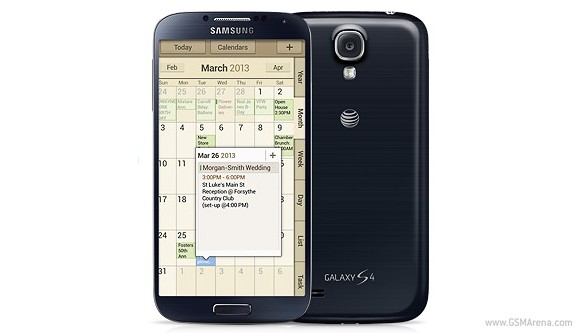 Given the relatively modest price increase over the $199.99 16GB version, the Samsung Galaxy S4 with 32GB looks like the more sensible choice from the duo. Numerous reports on the web have pointed that the 16GB version comes with slightly less than 9GB of available memory to the user, which is hardly plentiful.

apps will not store on your memory card..it will store on your phone memory...so if you are with 16 you are stuck with low memory unless you know how to root your phone.

I think companies should cancel the 16GB model and replace it with the 32GB The reason people don't buy the 32GB/64GB is NOT because they don't need the extra space; it's because they're more expensive than the 16GB model

How is that a good deal, you are paying an additional $50 for an additional 16 Gigs of space, the fastest micro SD card on Amazon can be had for like $10, this is just another way to drain more money from the consumers wallet. If you think these phon...