Following in the footsteps of Verizon, Sprint, T-Mobile, and US Cellular, today AT&T has finally decided to push the update to Android 7.0 Nougat to the LG G5 units it's sold. Since the first batch of G5 units started tasting this treat back in November of last year, it's definitely a case of "better late than never" for AT&T here. 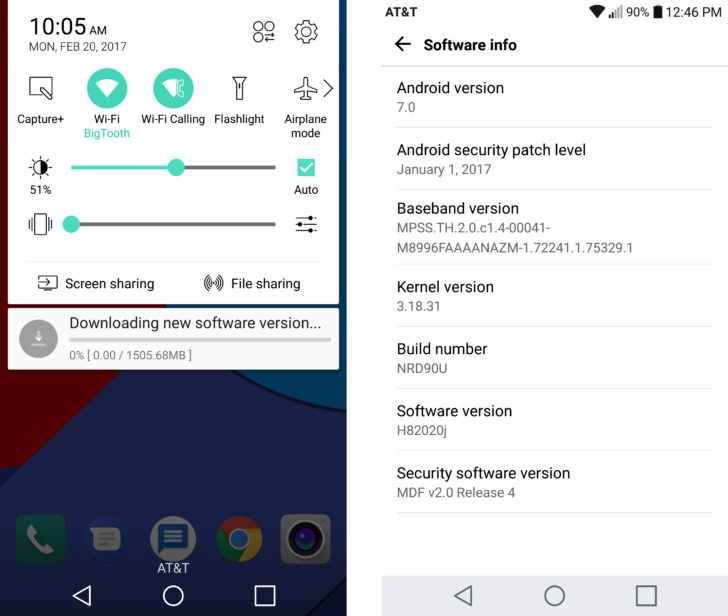 The update is rolling out over-the-air, and it's going to be a 1.5GB download so you'll have to grab it via Wi-Fi. It comes with the January 1 security patch level, build number NRD90U, and LG software version H82020j.

As always, it might take a few days for the new release to make it to all of the units out there. But at least the rollout has officially started today.

Don't you realise there are tons of phones that aren't even a year old that won't get the update at all, there are lots of phones to update and companies must take time testing them and they are not going to give updates to really old phones because ...

I wonder, when will LG V10 have a nougat update?..any news?

marshmallow is already good, There is not a huge change in android since android kitkat.More over my experience with every android update is more or less like apple and grapes.