There is hardly an element of surprise here, given the fact that most US carriers announced it a few hours ago. AT&T Wireless will also begin taking pre-orders of the Samsung Galaxy S III on June 6. 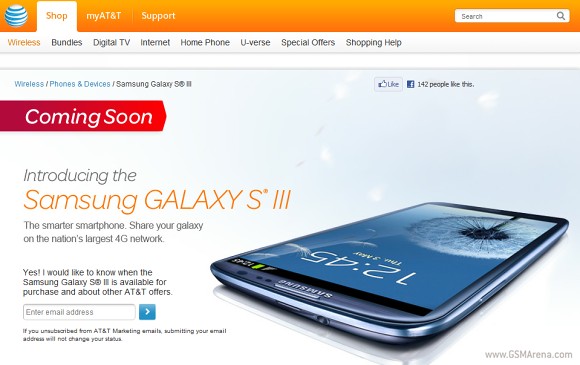 The LTE sporting smartphone will be priced at $199.99 with a two-year commitment for a 16GB version - right in line with what the other carriers will be asking for it. Curiously enough though, there might not be a 32GB version on offer. Instead, AT&T sales representatives will offer you a 16GB microSD card for an extra $39.

AT&T will also offer the handset in an exclusive red color scheme at some point this summer. This makes the carrier the most patriotic among its counterparts, as it will offer its Samsung Galaxy S III lineup in the same colors as the US flag.

I agree full heartedly the wireless companies are the scamming the living sh** out of us, but! If you are going to get the phone service anyway how are you making off with a better deal buying it outright? Imaginary numbers right now- phone price...