It was just a while ago that we reported that Samsung has been sending out invites for their Samsung Mobile Unpacked 2012 event in Berlin. 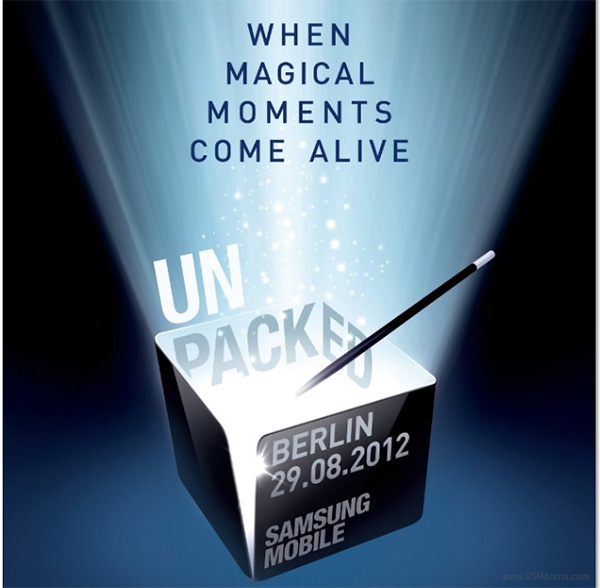 What was unknown in this mystery invite, however, was which product will be announced at this event, although it was generally speculated it would be the successor to the Galaxy Note.

Well, we don't have to speculate any more as a Samsung representative has revealed to Reuters that the next Galaxy Note will be announced at this event.

It seems strange that Samsung would be announcing an event so soon after their planned August 15 event, which was previously believed to be the Galaxy Note II event but now seems like would showcase the Galaxy Note 10.1, which has been waiting for an official launch for a long time now.

It's just a matter of couple of weeks now. We'll see how it goes and you can be sure to read it all here when it does.

Hey I am really waiting for this

Want this, contract ends in December so perfect timing!

another boot loop and emmc error and issue on the loose!