ASP of Sony Xperias rises, the company makes the most per phone of any Android maker

Sony's mobile division seems to be struggling, but actually numbers show that the company makes the most profit per phone sold aside from Apple.

In Q4 last year, LG lost money on phones while Sony made a small profit. Looking at the Average Selling Price (ASP) for Xperias was double that of LG phones and the gap has been widening in recent quarters. 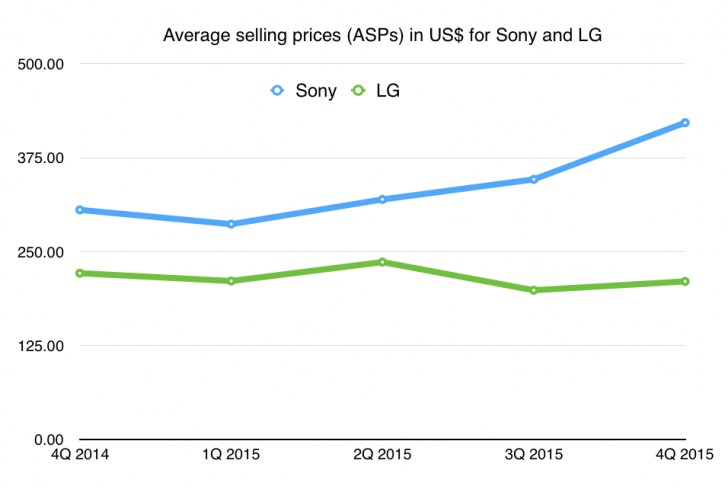 ASP is a mix of product lineup and which devices actually sell. Apple's ASP is the highest, but the company doesn't have mid-range offerings (just old models still on sale), let alone entry-level ones. Sony's ASP is halfway between Apple and the next in line, HTC. If you look at the Sony product page, you'll see a lot of Z, M and C phones, but we haven't had an entry-level Xperia E in over a year. 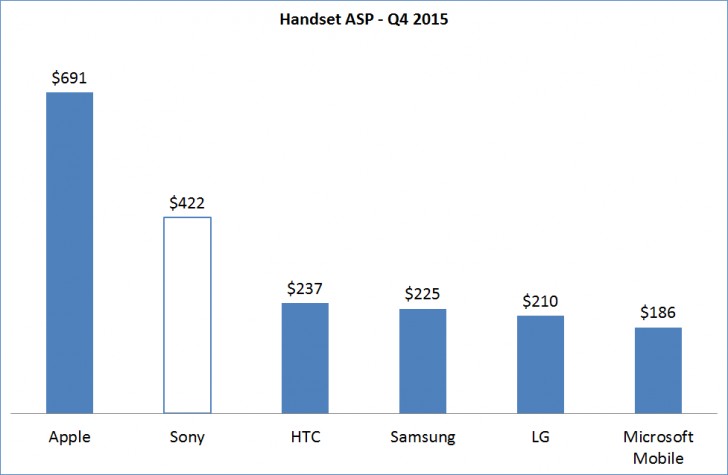 The company's transition to the premium market seems to have an effect - it makes an estimated average of $26 on each phone sold, up from Samsung's $23. Apple is in the stratosphere with $184, while the other big players are losing money, LG hovering just below the break-even point. 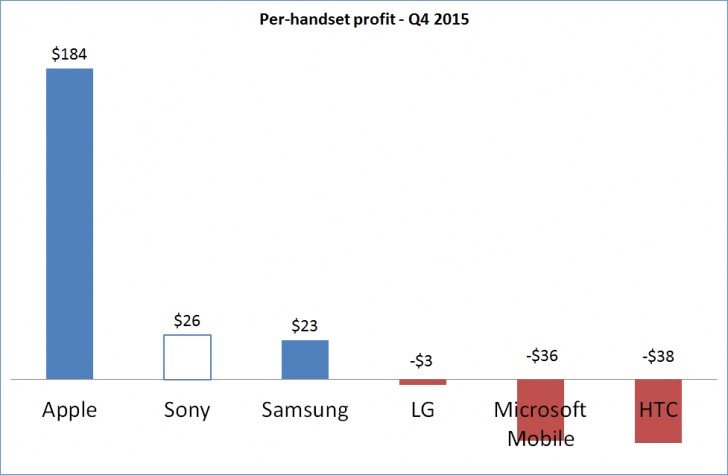 These charts also reveal inefficiencies. HTC has a higher ASP than Samsung (by $12), but their per phone profits are separated by a vast $61 gap. Fixed costs are to blame - regardless of how many phones you actually ship (and at what price), there are costs that remain the same (e.g. designing a new model costs the same whether you sell 1 or 1,000,000 units).

Samsung owns a lot of the manufacturing chain so it can combat its falling ASP with higher sales and stay in the black. Sony, meanwhile, is the only Android maker with an ASP that has been rising consistently. Apple's ASP is an almost straight line at $700. 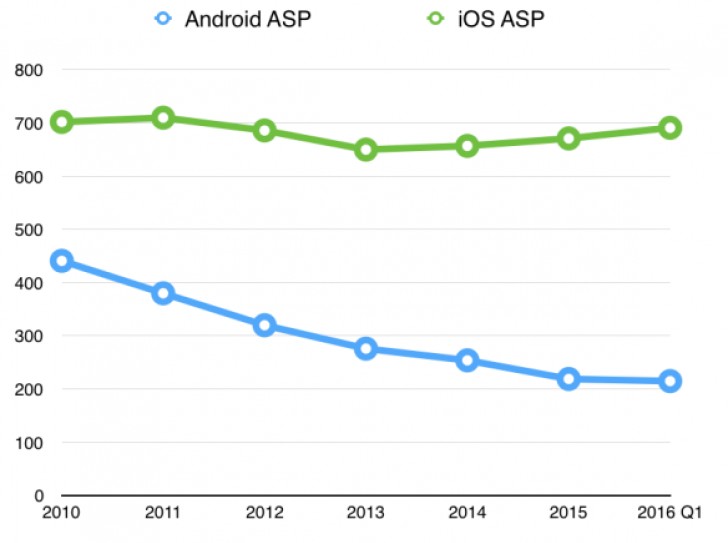 It's also interesting to see how consumer allegiances change. HTC is bleeding consumers to all other makers, many jumping over to Samsung. Samsung itself is losing buyers to Huawei, BQ (really?) and Motorola. 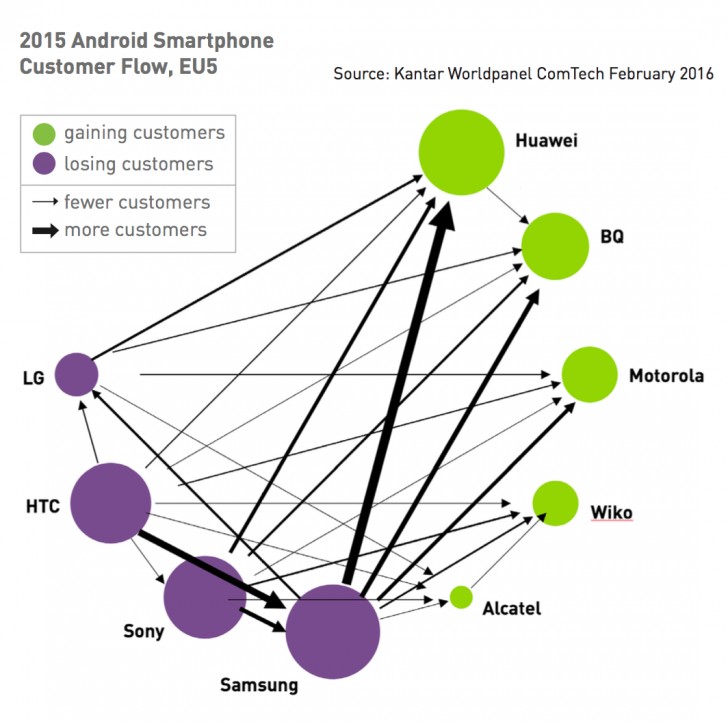 Yes, Sony is doing a lot better than any Andriod phones. Including the game industry. Yes, the PC games have come a long well, but PS 4 is expected to sell 60 Million units by the year 2017. And now 40 million units are shipped out (2016). Plus, now ...

Sony Xperia is actually better than SamSung Galaxy. It is the features that Sony has that beats the Samsung and most important the "ASP" (Average Sale Operating Profits). Sony do not required to pay its shareholders, not like SamSung. Samsung use too...

Yes got it on October 1st 2014 Battery is still as good as new,easily 2 days,when not in use it stands in the charging dock. still come home from work with 70% left.