Yesterday Verizon decided to start teasing its upcoming Motorola Droid Turbo 2 by showing us its back in a quick video. However, we have previously learned that the Turbo 2 is going to be the first Droid-branded phone to be available through Moto Maker, Motorola's online hardware customization service.

Naturally then, we should expect to see many different back cover variations for the next Droid Turbo after its October 27 unveiling. And the newly leaked image you can see below handily shows us some (if not all) of the options. 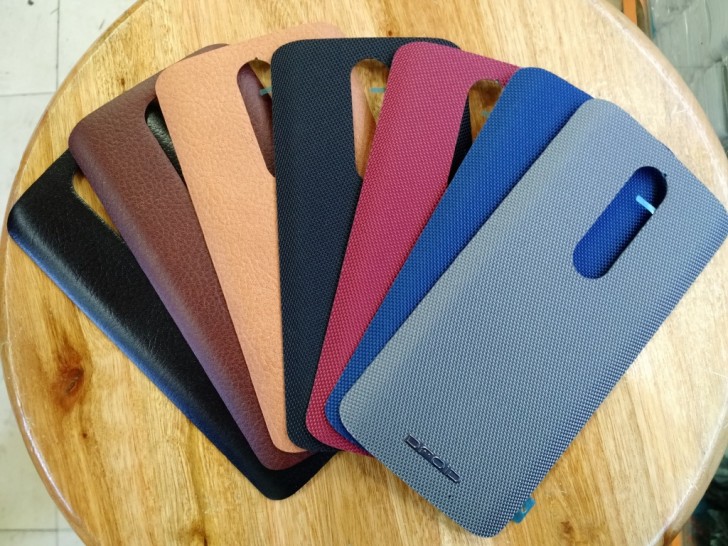 The first three covers from the left appear to be made out of leather, while the others could be kevlar, or some type of fabric. The Droid Turbo 2 is expected to sport a "shatterproof" screen, and top of the line specs.

We're talking about a QHD display, Qualcomm Snapdragon 810 SoC powering things, 3GB of RAM, 32 or 64GB of storage, and a huge 3,760 mAh battery. At some point in the future, the Droid Turbo 2 will also be sold internationally, under the name Moto X Force.

I want those backs for moto x play.

It seems running stock android is the best way to tame 810 together with under clocking it.