Bada 2.0 SDK leaks the presence of the Samsung Wave 725

We saw that Samsung aimed to roll out three new devices, all running Bada in the months following their press conference back in April.

The first of the three was the Samsung Wave 578 but the other two devices remained nameless and so far have maintained their anonymity. However the team over at badaworld.net have uncovered the identity of the next device in the Bada lineup and it's called the Samsung Wave 725.

Whilst poking around in the Bada 2.0 SDK, the specs correlate with one of the previously mysterious devices, apparently scheduled for a September release. 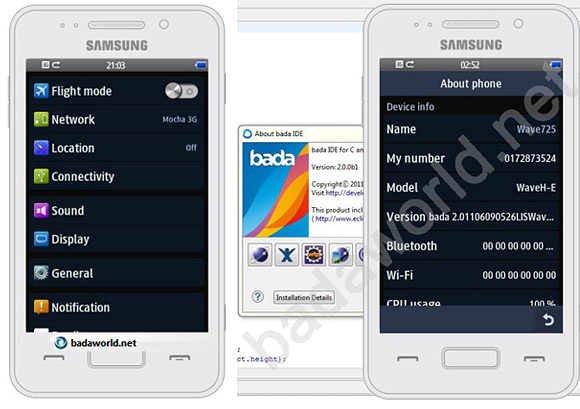 The images aren't much to go on but it would appear that the 725 will be a clean, simply designed bar with a decent set of skills at its disposal.

As previously mentioned, be on the look out for the real thing in September when it's expected to be released.

For me personaly ,bada os is dead.

well i guess samsung dont really want to make bada a better os they arent supporting it at all the phone is a little bit nice but it wont spread since samsung isnt supporting bada and i think people who have android or iOS or other smartphone wont go...