BitTorrent Now is a new music streaming service by BitTorrent

BitTorrent, the company behind the BitTorrent protocol, is a fairly legit business, even though the company's protocol has been used extensively for piracy (although it wasn't really created for that). The company has now launched its own music streaming service with a new app that is available on Android right now, and coming soon to iOS and Apple TV. 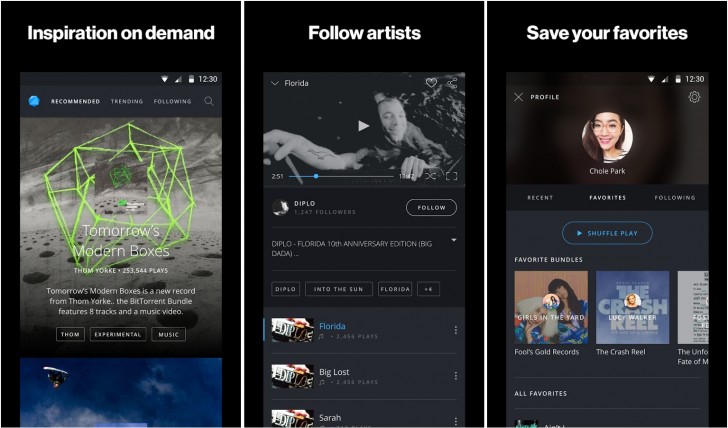 BitTorrent Now, as it is called, highlights up and coming musicians instead of established artists and labels. You listen to songs from your favorite artists and also follow them from within the app. Most of the content right now is free but artists can choose to make it paid or free but with ads. Artists who participate in the BitTorrent's pilot program for ad streaming will get 70% of the revenue.

The app currently does not rely on any kind of peer to peer networking for streaming the content but that will change in the future. Everything in the app is 100% legal, however, and uploaded by the creators themselves. It's not the music app to have right now but if you want to check out something new and off the beaten track and then it's worth checking out.

"...highlights up and coming musicians instead of established artists and labels," and this is where I lost all interest.