Black and red back of Motorola DROID Ultra MAXX leaks

The rear side of Motorola DROID Ultra MAXX has a familiar texture. Just like the DROID MAXX, the Ultra MAXX version will be made of Kevlar, but unlike its predecessor it will have a cool red accent across the middle of its back panel. 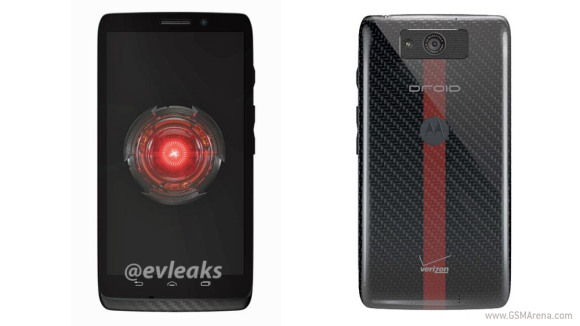 Motorola DROID MAXX front and back

The Motorola DROID Ultra MAXX is expected to go official on July 23, when Verizon is holding an event dedicated to the lineup. As the latest rumor has it the DROID Ultra MAXX might feature a 4.7-inch Super AMOLED display and a Snapdragon S4 Pro chipset with a quad-core 1.7GHz Krait CPU. You could also expect 16GB internal storage, 10+ megapixel camera and a 2500mAh battery.