We've already seen the upcoming LG G7 ThinQ in a group press render showing all its color versions, and then the gray (or silver) variation got a close-up.

Now it's time for the exact same thing to happen to the G7's black iteration, courtesy of the press render you can see below, which comes from Evan Blass, @evleaks. 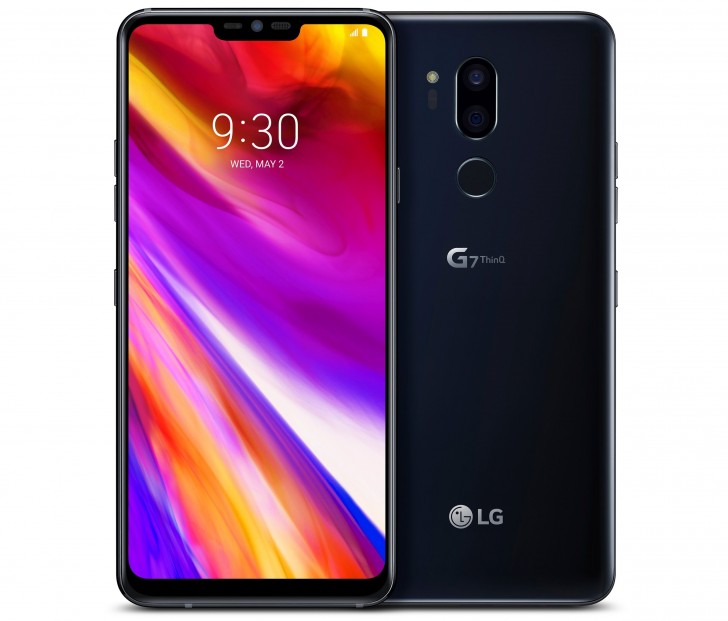 Of course it doesn't show anything new - the screen's notch is still there (its chin too), the dual rear cameras are vertically aligned on the back, the fingerprint sensor is below those, and then there's the G7 ThinQ branding, so you never forget about the phone's convoluted name, or the AI features that inspired it.

So where is the home button oh I forgot apple copied android and got rid of it.

I read somewhere that LG g7 will have metal back (prefer) plus I'm curious about the display also. LG is opening a new software division for fester updates so i think I'll give it a try for a last time. If Lg fells me again then it will be dead for...