Xiaomi's first gaming smartphone Black Shark was released back in April and according to a TENAA listing that just appeared, the company is already looking to release a follow-up. 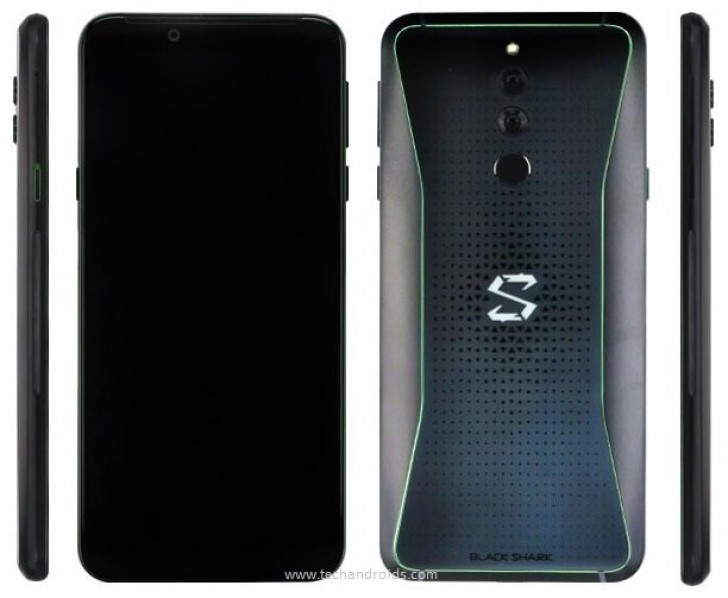 For now, we only got photos and some tiny details like dimensions, screen size and battery capacity because the listing isn't complete. The photos reveal a similar design to the original with the patterned back, but the camera setup is now vertically stacked and the fingerprint reader is placed on the back. The one-touch Shark key is here to stay as well. 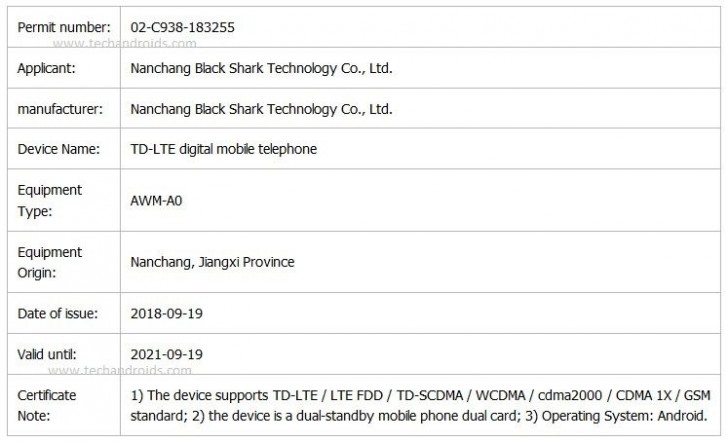 According to the listing, the handset will feature the exact same screen size screen - 5.99" and the same 4,000 mAh battery. However, dimensions suggest a bit taller and slightly thicker chassis than its predecessor.

There's also a possibility that what we are seeing here is a budget alternative to the Black Shark, rather than a successor. We will have a better idea once the listing is completed with the detailed specs.

Just phone wise, love the design of Razer 2, beating everything else out there. Seriously, can we not have gaming phones that look like toys, what are we, 16? Only thing Razer needs to add now are the gaming centric accessories.

Man even razr 1 beated note. Best display ever 120 HZ, THX certified subwoofers huge battery with outstanding battery life maybe a bit worse camera but Razer is well known for its outstanding quality. Had a mouse made by Razer and lasted 12 yea...