The Black Shark 2 has arrived with notable improvements to its screen and performance. There's what the company calls Ludicrous Mode on board.

The new screen is a 6.39” AMOLED screen from Samsung. Thanks to optimizations, the input latency has been reduced to 43.5ms – that’s actually quite good for a touch screen. And it’s pressure sensitive, Magic Press lets you map buttons to the left and right side of the screen that can be triggered by pressing harder on the screen. The force required can be tuned to comfortable levels too.

There’s also an emphasis on quality. The 1080p+ screen is HDR-enabled and covers the DCI-P3 color space with ΔE < 1. To ensure the colors stay accurate, there are four ambient light color sensors that help a dedicated image processor monitor your environment and adjust the screen accordingly.

The screen’s typical brightness is 430 nits. Full DC dimming avoids the flicker issue at low brightness levels. There’s also motion interpolation similar to high frame rate mode on TVs (though it’s not clear if the screen itself can go higher than 60Hz).

The Black Shark 2 features two front-facing stereo speakers, so you can hold the phone horizontally without blocking the speakers. This is carried over to the X-shaped antenna setup, that delivers strong reception regardless of how you hold the phone.

The in-display fingerprint reader is always accessible, even if you strap on an accessor on the back (and there are a couple of those). 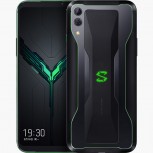 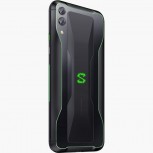 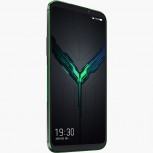 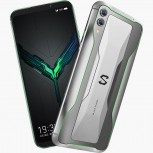 Naturally, the phone is powered by the latest Snapdragon 855. A huge Liquid Cool 3.0 vapor chamber cooling system promises 14°C lower chipset temperature. There’s a Cooling Case add-on with a fan that helps dissipate even more heat, lowering the temperature by another 5°C.

Ludicrous mode eases off the temperature throttling and AI makes sure everything is running optically – from the CPU/GPU, the network and even charging speed.

Speaking of, the phone is equipped with a large 4,000mAh battery that supports 27W fast charging. 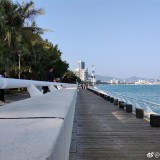 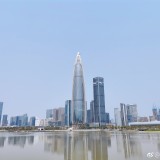 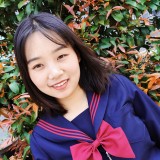 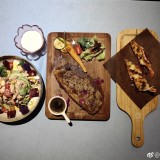 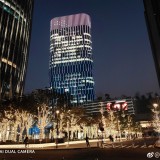 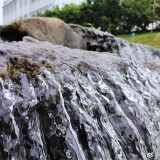 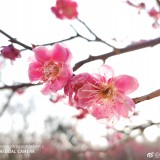 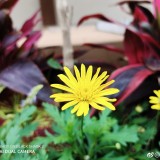 The Black Shark 2 will be available in China later today, you can find it here.

Black Shark also unveiled the GamePad 3.0, which can turn the phone into a console similar to the Nintendo Switch. It features an HDMI output, in addition to hardware controls on either side of the phone.

Why on earth do these phones not add higher res screens!?

U do have a point here. But to be honest, even if they're packing big batteries, it's always being bogged down by the power hungry display that they're having, regardless of whether you've set it to the usual 60Hz or not. Plus, if this gaming smartph...

I think your idea is generally valid. There is no such thing as a gaming phone. Any phone can play games. But some of the for gamer things could appeal to general media consumers as well: Big AMOLED + big battery + front facing speakers, sol...