BlackBerry and Samsung may build an Android smartphone

We all know BlackBerry is doing far from great in the market lately. We saw the mysterious Oslo phone leaking in live photos, but the rest is just rumors - reports on acquisitions mostly.

Anyway, BlackBerry isn't in the mood for acquisitions. Instead, it might be partnering with Samsung, for developing an Android smartphone with integrated BlackBerry services. This is in line with the rumors about BlackBerry considering jumping on the Android bandwagon just three days ago. 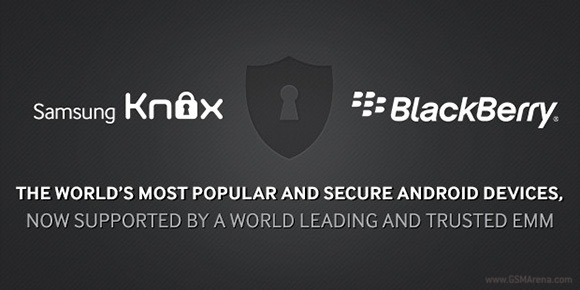 If true, this won't be the first BlackBerry/Samsung partnership. Both companies became close for the launch of BlackBerry Messenger for Android, and most recently - the latest security suite for the Galaxy smartphones has been based on both Samsung's KNOX and BlackBerry’s BES12 cross-platform EMM solution.

You should take those rumors with a healthy pinch of salt, of course. They come from Eldar Murtazin, which once had a good track record for leaking Nokia products, but lately he has been wrong quite a few times.

Simple, Android leaks like a sieve, and is no where as good as the Blackberry Hub OS.

For the blackberry to be able to get back on top, they should offer excellent camera to beat iphone. Improve their music quality to beat Sony and continue using super amoled display by samsung.

Considering the security flaws of Android, and its bloated superfluous software sometimes added by manufacturers, no doubt Android could benefit from Blackberry. However it would be far better if Samsung built a Blackberry device and used the Blackb...