The BlackBerry KEY2 was well-received by the Android community, especially by the business users in the US, Canada, Germany and Central EU. However, we can't overlook the fact that the KEY2's price tag is a little off for the hardware it offers.

So here's where the BlackBerry KEY2 LE comes into play - a slightly toned-down version of the original while retaining the iconic features that made the KEY2 a great business-oriented device. 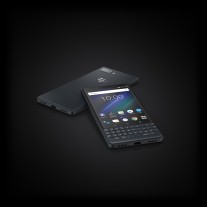 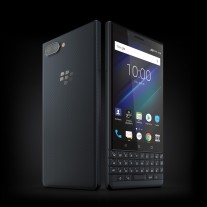 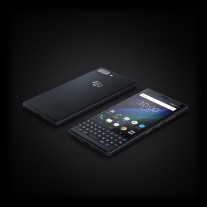 On contrary to the original's Snapdragon 660, the "lite" version settles for the Snapdragon 636 chipset paired with 4GB of RAM and either 32 or 64GB of internal storage. The support for hot-swappable microSD is here to stay. The display is standing at 4.5" featuring the same resolution as the standard model - 1080 x 1620 with 3:2 aspect ratio. It's further protected by an unnamed version of Corning's Gorilla Glass. 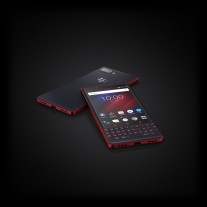 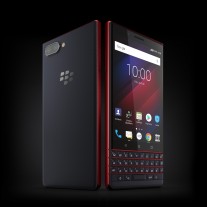 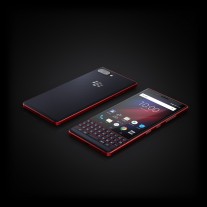 Another thing the KEY2 LE users will have to settle for is the camera setup on the back. While the standard KEY2 variant features two 12MP units, the LE model comes with a 13MP main sensor and 5MP secondary one for depth sensing. This means no telephoto capabilities. The main lens has f/2.2 aperture while the 5MP one has f/2.4 opening. It's still capable of 4K@30fps video recording, though. The front shooter is 8MP.

Even though the KEY2 LE comes with a smaller 3,000 mAh battery compared to its more expensive sibling, the company claims the handset is built with endurance in mind. For instance, the KEY2 LE should last for at least 22 hours of demanding use while smart notifications will let you know if it's time to charge your handset depending on your previous charging patterns. It will also warn you if the battery won't last depending when taking your calendar schedule into account. 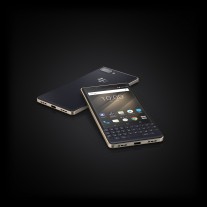 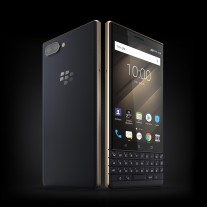 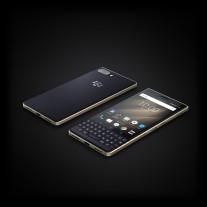 As expected, the device runs Android 8.1 out of the box with some additional useful features like app lock, dual apps support and programmable convenience key.

Despite looking almost identical, the KEY2 and KEY2 LE are built differently. The latter doesn't have an aluminum frame and instead incorporates a plastic one but retains the soft-touch textured back panel introduced in the original. The keyboard remains pretty much the same with the fingerprint reader placed under the spacebar key.

Interestingly, the KEY2 is the first BlackBerry device since 2014 to be offered with colors different from black. The company introduced three color variants - Slate, Champagne and Atomic with the latter having cool red keyboard accent. It's also the lightest and thinnest device from the KEY-series up to date.

A 'toned down' version of the K2. Now THAT is funny.

Love the emphasis on the SD card slot. Way to stick to your guns.