BlackBerry announced a white color version of the Classic smartphone, which was launched back in December last year, and was available only in black. 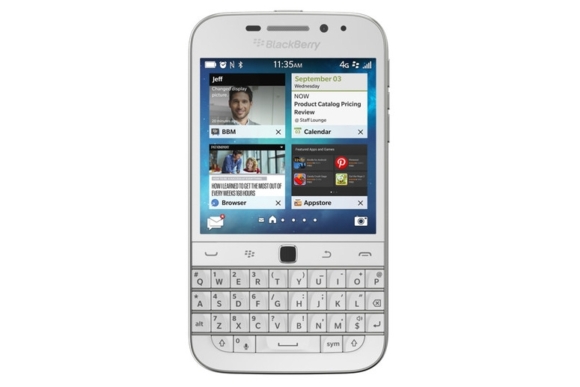 As for the availability, the Canadian company has said the white variant will start rolling out this week in Hong Kong through authorized distributors, and the UK through ShopBlackBerry and Amazon. It will also be available in Italy, Vietnam, Indonesia, the United Arab Emirates, and Saudi Arabia in the coming weeks.

Specs-wise, the BlackBerry Classic is powered by a Qualcomm MSM8960 Snapdragon chipset with dual-core 1.5 GHz Krait CPU, and sports a 3.5-inch touchscreen display. It comes with 2GB RAM, 16GB expandable internal memory, and 2MP front- and 8MP rear-facing camera. The device also features a traditional QWERTY keyboard as well as a trackpad.

What about North American markets?

It's nice that those who don't like Black now have the option. Nice work BlackBerry.