This is a seriously sad piece of news for all the BlackBerry fans out there. The global retail launch of the highly anticipated BlackBerry Bold Touch 9900 won't happen until September - a serious departure from the summer launch which was mentioned during the handset's official announcement at BlackBerry world. 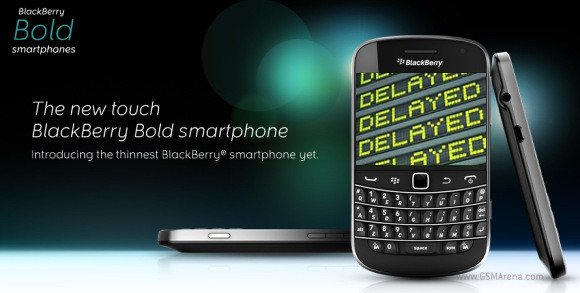 It appears that RIM has trouble getting its latest creations out on the market in a timely fashion. The BlackBerry Bold Touch joins the PlayBook in this group of devices.

The reason for the delay of the 9900 series is because RIM is having trouble with the new version 7, there is only a BETA version out right now.

This is a powerful device, i can't wait to own it!