After numerous leaks over the past several months BlackBerry finally got round to officially announcing the Curve 8520. The mid-range handset will be the first in the RIM family to support Mac OS syncing straight out of the box.

BlackBerry Curve 8520 is the first RIM device that will be able to sync iTunes playlists, personal info, organizer memos etc. with Mac-running computers. The release of the new version of the BlackBerry Desktop Manager in September will enable that kind of functionality for the rest of the company's product line. 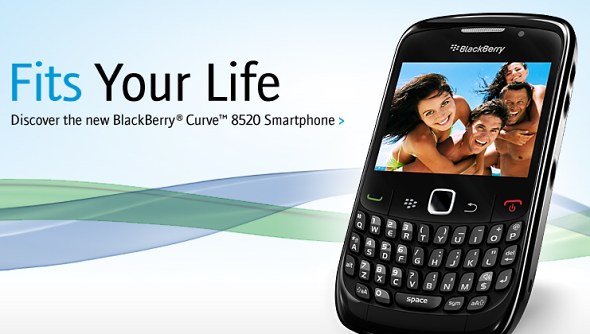 Specswise the BlackBerry Curve 8520 fares decently with the missing 3G connectivity being the only major letdown.

The QWERTY-enabled 8520 packs a 65K-color landscape QVGA TFT display. It has quad-band GSM/GPRS/EDGE support as well as Wi-Fi connectivity. A 2 megapixel snapper, Bluetooth and USB complete the list of noteworthy features.

As we already wrote the handset will be available through T-Mobile, starting from August 5. Vodafone UK should also be getting it soon. Unfortunately there is still no information regarding its pricing or its eventual availability with other carriers.

i am receiving a message "supplementary service error; general error" after when i make a phn call from my set or send a msg. can anyone help with this problem as why m i getting this note every time i make call or message is sent.

My mobile out of service.so I want a softwoer for refier.my mobile set shows app error523.so what can I do for this problem