At an event held in New York, today TCL officially announced the few remaining details we didn't already know about the BlackBerry Key2, which was leaked heavily in the past couple of days.

Unsurprisingly, the Key2 is a continuation of the Keyone in almost every respect. It retains the squarish form factor that's highlighted by an iconic physical keyboard and a 3:2 aspect screen and adds a dual camera on the back - a BlackBerry first.

The camera is a dual 12MP with a regular f/1.8, 1.28um, and a telephoto f/2.6, 1.28um that's used for optical zooming as well as portrait shots with defocused backgrounds.

Back to the design. The BlackBerry Key2 has a Series 7 aluminum frame (in Black or Silver) and a soft-touch back with a diamond pattern finish. 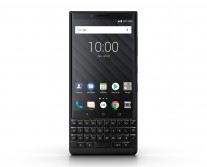 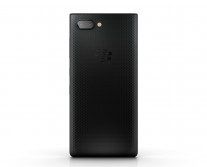 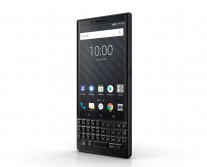 The keyboard height has been increased by 20% which BlackBerry claims will increase comfort and typing accuracy. The keys have a new matte finish and have been arranged in a new fret pattern to optimize spacing. There's still a fingerprint scanner embedded into the space key.

There's also a new Speed Key that enables shortcuts that can take you to any app at any time, call a favorite contact or access functions.

Flick typing makes a return - using predictive text that learns your typing over time it will show suggestions that you can flick into your text. You can also use the keyboard as a trackpad to scroll through the UI. 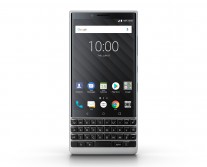 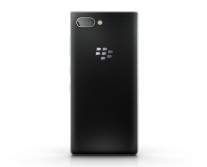 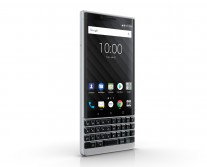 BlackBerry has promised monthly security updates for the Key2 as well as at last one major OS update - that means the Key2 will be updated up to Android P, at the very least.

totally agreed. a slider qwerty with a priv like screen done right would look stunning

as i mentioned in my previous posts, it is more like an update to the keyone, not a new phone! the most desired change would have been the dreaded TOUCHKEY! navbuttons which is the worst design flaw and instead they would have make the screen larger ...

So, there are people that have brains. Thank Gott, i tought there aren't any anymore. Yes, you are right. I luke how blacberry look, and tgis type of keyboard, is waaaay better then the onscreen crapp. The only thing that kept me buying keyone was th...