BlackBerry Leap is official with a 5-inch HD display

The BlackBerry Leap is now official, announced at the company's MWC 2015 press conference. Nevertheless, the latest member of the BlackBerry smartphone family is an budget-minded mid-range offering and sports a 5" HD display resulting in a pixel density of 294ppi.

Under the hood of the BlackBerry Leap, there's a rather outdated Snapdragon S4 Plus chip with a 1.5GHz dual-core Krait CPU and 2GB of RAM. Internal storage is 16GB with a microSD card slot that can take additional 128GB. 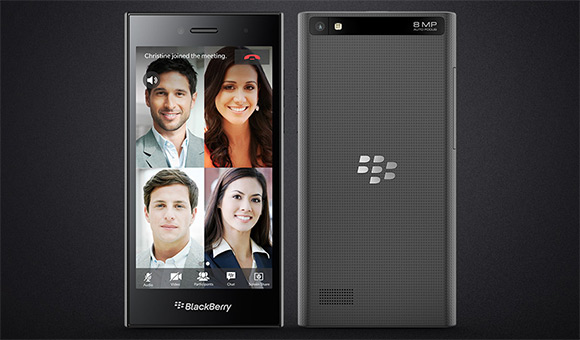 Speaking of the back, there's an 8MP auto-focus camera with LED flash. It can record 1080p videos at 30fps and has a 5x digital zoom. The Leap runs BLackBerry 10.3.1 out of the box. Check out the company's promo video of the phone below.

The phone will launch in April with a contract free price of $275.

They perform the same. Remember when Xperia T came out or the samsung galaxy s3 dual krait, they were both super powerful phones by then.