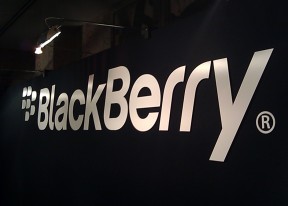 It packs a portrait QWERTY keyboard and a 287ppi screen above it. The Bold 9900 has excellent connectivity with HSPA+ (14.4Mbps downlink), Wi-Fi, GPS and NFC support (one of the BB OS 7 highlights is NFC support).

The camera on the Bold Touch is a 5MP unit with 720p video recording.

Finally, there's the new BlackBerry Torch 9810, which has an updated screen compared to the original. The new one packs 253ppi, same as the other new Torches.

The new models are expected to launch in September.

RIM also talked at length about the new BlackBerry OS 7 - they announced it a while back, but made sure to remind us of how smooth and responsive the new Liquid graphics are.

The new browser is also a serious improvement over the previous version - RIM claim it offers best in class HTML5 support and JavaScript performance, and has competitive page load times. It's also 40% faster than the browser in BB OS 6. A while back, they even put it up against the iOS and Android browser and it came out on top, taking just 2.84 seconds to complete the SunSpider test.

BlackBerry Messenger 6 is also part of the new software package - it concentrates heavily on SNS stuff and makes it easier for devs to integrate it into their apps.

Wikitude, the Artificial Reality browser is also coming to BlackBerry and ties in neatly with BBM 6, now you'll be able to see any of your nearby BBM contacts in real time.

RIM shared some interesting statistics that are worth mentioning. There are 60,000 NFC-enabled locations in London alone. 11% of the UK's population, that's 7 million people, are using a BlackBerry. They're also growing in emerging markets like East Africa, where they got 1 million new users in just 3 weeks.

Probably September 2011 for markets like the US/Canada and the UK/Europe, depends where you are, no word on places further east or India for example, I don't think...