The technical specifications of the BlackBerry Passport got revealed in full detail. The hardware QWERTY smartphone is expected to launch at some point next month. 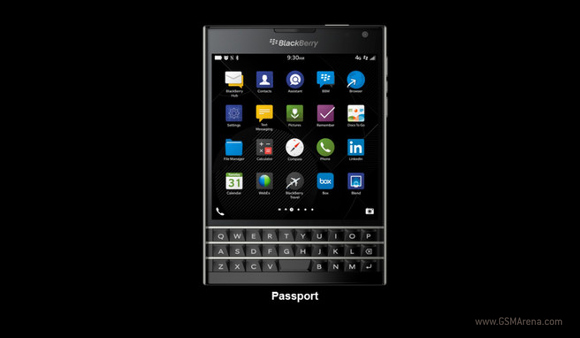 BlackBerry Passport will pack a Qualcomm Snapdragon 800 chipset with 2.2GHz quad-core CPU, Adreno 330 GPU, and 3GB of LPDDR3 RAM. The handset has 32GB of memory on board, which can be further expanded via a microSD card slot.

A 13MP f/2.0 main camera with OIS and 1080p @ 60fps video capture is in charge of capturing memories. A 2MP fixed-focus front-facing unit with image and video stabilization will handle selfies and conference calls.

Unsurprisingly, the BlackBerry Passport has a bevy of connectivity features. They include LTE, HSPA+, Wi-Fi a/b/g/n/ac, Bluetooth 4.0, GPS, GLONASS, and NFC. The handset will sport a nano-SIM card slot.

Wired connectivity options include USB 2.0, USB 3.0, VGA, DisplayPort, and HDMI. The last three options will be available via a SlimPort adaptor.

BlackBerry Passport has already made a number of appearances. Recently, its innovative keyboard starred in a video demo.

finally an up-to-spec phone with a KEYBOARD... i hope that the all-screen hype soon will be over...

hi can you advise from where to buy