So is the Priv the long-overdue messiah BlackBerry so desperately needs to regain some ground in the mobile realm? Well, sadly, there is no easy answer. While the Priv is a nice device on its own, but its nature, purpose, and target audience and its position within the BlackBerry protfolio is riddled with ambiguity, which hopefully won't prove too confusing and detrimental to the model's success. 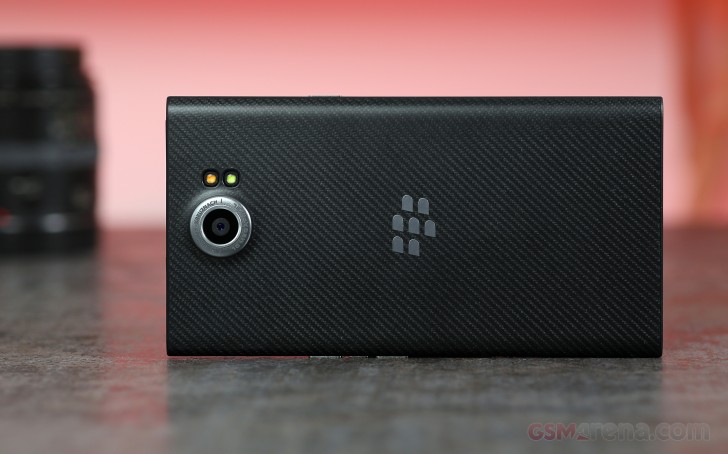 Most of us, or at least the ones who want to see the once great Canadian giant back on its feet can't help but view the Priv as a major strategic shift and a sort of drastic measure to regain some hip factor amongst the growing Android crowd.

That sort of wishful thinking might be nice on the surface, but it inevitably leads to a few less-than-favorable observations. First, there is the issue of price - if popularity is what BlackBerry is after, a €700 plus price point won't exactly invite a huge crowd considering that profit margins throughout the whole industry are slimming down.

The underwhelming Android experience is another brow raiser. Some growing pains are all but expected and BlackBerry will surely work out the kicks eventually, but still, if you go into a store today and shell out the eye-watering amount of money for the Priv, you might naturally expect it to at least perform up to par with let's say a Galaxy S6 flagship, an iPhone 6s or any other hip device.

But that is just it. The Priv might not shine as a tempting everyday user offer, but perhaps we should endeavor to look at it from another perspective, a quintessentially BlackBerry one and that would be as an enterprise-grade secure communication tool. BlackBerry is still a force to be reckoned with in the corporate world with its end-to-end communication platform and various special tailored solutions. One could argue that this is the essence of BlackBerry and its true area of expertise and it is in this context that the Priv finds itself amidst a more favorable crowd.

It constitutes a huge step forward in a few respects. It is definitely a big leap ahead of its BlackBerry siblings in terms of hardware, but, perhaps more-importantly, it opens up a whole new realm of possibilities now that it runs Android natively. Come to think about it, this is hardly a new development path for BlackBerry, which has long showed a lot of affection for the Google's sprawling app ecosystem. Whether or not the Priv will be met with approval and set BlackBerry on a new development path is yet to be seen, but it is undeniable that despite its flaws, it is currently one of the best business smartphones out there.

Now that we hopefully conveyed our view on the Priv and its perplexing nature and, as usual, we feel obliged to lay out a few alternatives for you. But, as you can imagine, we can't exactly offer you other flagship Android sliders, so it is a bit of a sticky situation. The Priv may currently be in a league of its own, but that doesn't mean we can't throw around some ideas within it price range. And, surprise, surprise at €750 or the equivalent amount of dollars, there is quite a lot of choose from. Mostly any current flagship offer form Samsung, LG, Huawei or Motorola, to name a few, is within reach. Even Apple's latest iPhone is not out of the question. In fact, with a little strain, you can even pick up an iPhone 6s Plus or a Samsung Galaxy Note5 phablet, which are arguably among the most premium option out there right now.

The BlackBerry Priv is nothing short of a milestone device and it has quite a bit to offer to any privileged prospective owner. Still, it is too early to say if the new experiment works out for the Canadian OEM and whether it would stick around for a second go. If everything goes smoothly, next time around the Priv's successor will hopefully fill in the missing pieces and affirm itself as an uncompromising high-end business offer.

As for the Priv in its current state of infancy, you should definitely not miss on buying it if you already have a complete BlackBerry collection of your own or you use BlackBerries throughout your entire company. But we guess, you wouldn't be reading this if either of these options was the case. For pretty much every other end user looking to get a high-end Android device, it seems wise to sit this one out, or at least wait for some signs of maturity and a more reasonable price tag.