BlackBerry unveils the Z3 and the Q20

The BlackBerry Z3 is a full-touch smartphone with a 5" display and runs BlackBerry OS 10.2.1. BlackBerry CEO John Chen says that this is the first phone to come up with the strategic partnership with Foxconn.

Update: specifications of the Z3 came in and the 5" display boasts a qHD resolution and is powered by a 1.2GHz dual-core Snapdragon 400 chipset and 1.5GB of RAM. Internal storage is 8GB, but there's no information if there's a microSD card slot available.

At the back, there's a 5MP camera, while at the front there's a 1.1MP one. Music lovers would also like the fact that the Z3 features an FM Radio, too.

The phone will hit Indonesia in April and will cost less than $200 off contract. 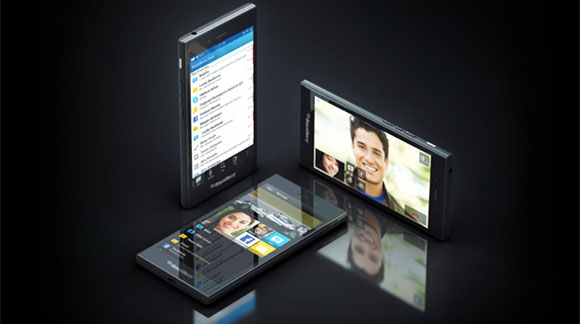 As for the BlackBerry Q20, the company has gone back to its roots and the phone features a physical QWERTY keyboard and a trackpad. It seems, the BlackBerry wants to attract some of its core fans back and offers them a phone they'll be productive with.

Here’s a quote from John Chen, Executive Chairman and CEO at BlackBerry regarding the Q20.

"In my first 90 days on the job, I consistently heard from our ardent BlackBerry customers that the hard buttons and trackpad are an essential part of the BlackBerry QWERTY experience, that made their BlackBerry smartphone their go-to productivity tool. I want these customers to know that we heard them, and this new smartphone will be for them. Today, we’re delighted to announce the new BlackBerry Q20 smartphone, which is designed to give you the distinct experience that every BlackBerry QWERTY loyalist and high-productivity business customer absolutely loves. With the BlackBerry Q20 smartphone, you’ll get the familiar hard buttons and trackpad that you want, along with the best email service, the best keyboard experience and the best battery life possible."

The Menu, Back, Send and End buttons and the trackpad will be made an integral part of the device and user interface and in conjunction with the 3.5" display, BlackBerry says the phone will offer the best email experience on the market. The company also states that the Q20 will be made of premium materials, which will result in reliability and durability, but doesn't specify which ones.

We wish BlackBerry had disclosed more details, but that's not the case. We'll keep you posted for any new information that comes up. Hopefully BlackBerry will shed more light on the specs soon enough.

Please help. I need these apps. I have the z3 and cant seem to get it right