It was about time the BlackBerry Venice followed the numerous leaks with a live appearance and today's the day. The Canadian company's foray into the Android realm is apparently imminent, now that a working device has shown up, in this case in the hands of the folks over at Techrum. While we already had a general idea how the smartphone would look, we're now treated to detailed (well, 0.5MP, but still) images of several key features.

And what's the single most revered Blackberry feature, if not the hardware QWERTY keyboard? Only here, it's hidden behind the display and slides out of obscurity only when needed. Sure, you'll be provided an on-screen one for less intense typing.

In a departure from tradition, the power button has been moved to the left side. In all fairness it would have been ridiculously out of place on the top plate of a tall, slider-type device. That spot has now been reserved for the SIM and microSD slots. 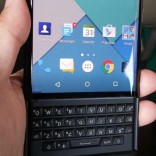 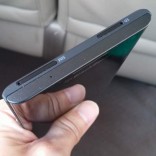 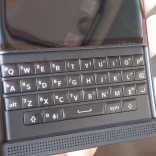 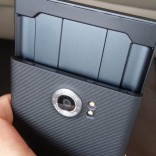 Hands-on with the Blackberry Venice

The headline feature may turn out to be on the back though, and that's the camera. An 18MP unit, the main shooter boasts optical image stabilization and fast focus, so we'd speculate there's some phase detection tech. The lens is also joined by a dual-LED flash.

Finally, the images reveal what looks like Android Lollipop, but that's hardly any news, given that KitKat is two years old and Marshmallow hasn't been launched yet. 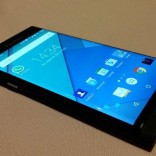 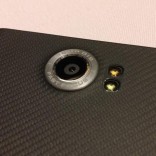 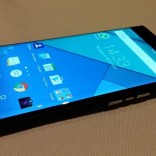 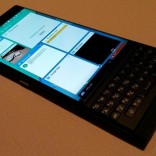 BlackBerry Venice in the flesh

It will be a great phone

But it is only run on android.