The BlackBerry Z10 heralds the rebirth of a fallen leader in the smartphone market. It's a clean break from the past with a big touchscreen and novel OS, but the same business mentality that made it the favorite of office dwellers around the world. Except, this time BlackBerry has also added a dash of fun. 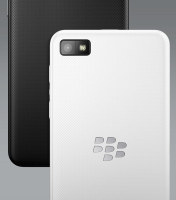 BlackBerry's previous generation of touch-driven smartphones felt a lot like Nokia's early attempts to knock Symbian into shape for touchscreen. With the Z10, however, the company threw everything out and started fresh.

BlackBerry 10 that powers the phone is a modern operating system with a brand new gesture-based interface and support for powerful dual-core CPUs. If you think dual-core Krait is old news on Android, you'd be right, but the Z10 is closer to the iPhone in this regard - the OS has been optimized to run on very few devices (just one right now, one more on the way), allowing for maximum efficiency.

Then BlackBerry equipped the Z10 with a 4.2" WXGA screen - slightly bigger and sharper than the iPhone 5's retina display - but kept the package more compact than certain massive droids. Then came all the connectivity features, hardware ports and slots.

Here's what they ended up with, the good and the bad of it:

As with any newborn platform, there will be growing pains - sparse app market and iffy maps for one. The biggest concern is whether the sleek new interface will put people off (both current and new BB users). It's fast and intuitive once you get used to it, but doesn't have the level of familiarity of the iOS or Android (which honestly took years cultivating).

BlackBerry Z10 in our office • next to the iPhone 5

That's the mission ahead of the BlackBerry Z10. It can't single-handedly recapture the market and bring BlackBerry to its former RIM glory, instead it sets the stage for future devices (the Q10 is a couple of months away).

That's not to say that the Z10 won't achieve popularity - with quality hardware and software, the Z10 can easily net both people who need a BlackBerry but are tired of the aging BB OS 7 devices and new users who are equally tired of iOS and Android.

So, revolution or evolution? The hardware is miles ahead of Berries of old, but you'll have to jump over to the next page to see how it stacks up against current Androids and the iPhone.

Special thanks to Basatne Electronics for providing the review unit!

my bb z10 is not starting

Pls guys help me out my phone is BB Z10 and it behaves thesame as urs.this happens when i am setting it but it's still searching of wi-fi network.it is now up to 2 month.and i tried to switch it off and then ON It, but it's stil doing thesame thing.S...