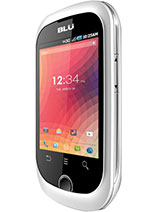 i press and hold down the screen but aa the top it says screen lock...HELP MEEEEEEE?

AnonD-138255, 21 Apr 2013my blu dash 3.5 must be defective. this is the second time it has happened in the last two wee... moreWow,i'm experiencing the same problem please give an update if you find any solution...Help Is Needed!!! I'm phoneless atm my other android has been locked due to the pattern being entered to many times...I really need this problem to be resolved

my blu dash 3.5 must be defective. this is the second time it has happened in the last two weeks of purchase of this phone. it worked fine at first, downloaded apps and an antivirus and all was well. turned it off to charge it, it finished charging and then i put it on. the blu products splsh screen appears then the screen starts to flicker and it does not load. took it back to the merchant and he apparently flashed it cause all my apps were gone and i he did it in the back room so i didnt see what he did. phone worked fine again, got back all my apps. now i turn it off to reboot it as an app seemed to crash and i thought it would help if i rebooted it. same flickering screen.HELP?

Good phone for what it is, and the price. Purchased 10/2012. I did root it, and made changes to system files. An external SD should be considered necessary. I added swap to compensate for the 256 ram. Added link2sd to free up internal SD card. I edited /sys files to stop jingly start-up music. I found the 2 lines easy to set up. I am a technician, and recommend the average user to not make some of these mods.(This was not my 1st system mod.) Once set up, excellent, smooth, and pretty in pink. 8 out of 10.

kookie, 22 Feb 2013How do I get my menu back of my screen?. My sister took my SD card out and put it back. When d... morekookie, you've probably resolved this already. I fixed it by 1. On another device use play store to send/download any launcher to the Dash. 2. Using wiped Dash now, run setup. It will download launcher as soon as you enter the email to associate it with. Not the original launcher, but I already used Go Launcher Ex anyway. I did this to my phone as well. As a techie I fixed it myself in about 5 minutes.

I need to unlock my new blu dash 3.5, I turn it on and I keep getting a lock on the screen.

Je, 23 Feb 2013How to unlock a blu dash phonei just bought a blu dash 3.5 , but i am unable to use it because there is a lock picture on the phone. how do you remove the lock. or how do you unlock it ?

kookie, 22 Feb 2013How do I get my menu back of my screen?. My sister took my SD card out and put it back. When d... morewhat she did was press vol down and power on the same time and got into factory mode menu and pressed "clear flash" which will erease everything, no solution for now, :(

How to unlock a blu dash phone

How to unlock a blu dash phone

How do I get my menu back of my screen?. My sister took my SD card out and put it back. When did that and I turn the phone on it was blank. Please help me.

Hello, I have both the blu dash and the blu dash 3.5. while the 3.5 makes life a lot easier when texting, the dash with the smaller screen outperforms the 3.5 in data transfer rates. I have been tethering with both and the blu dash is awesome. With only one or two bars the blu dash is lightning fast compared to the 3.5. I do not know if they have just put too much crap on the 3.5 for it to work as well or if it has inferior hardware. And to answer the guys question both can be used as hotspots.

kai, 31 Dec 2012I m loving it!Glad you like the Blu Dash. Tell me if you know...can you use it as a wifi hotspot for a laptop to access the internet via the Dash's data plan? Thx!

I m loving it!

will not come on

Crappy phone! Keeps restarting... How do I stop that? Anyone pls help!

I bought this phone just for trying, and I'm really impressed, the battery lasts longer than 2 days with 2 SIM Card, (no data plan logically).

Total of 80 user reviews and opinions for BLU Dash.
ADVERTISEMENTS